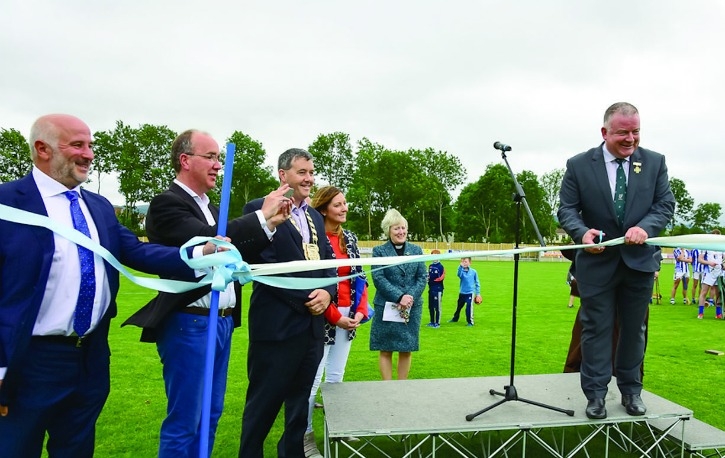 The pitch underwent a major re-development that cost some €200,000.

There was an atmosphere of great excitement as games recommenced on the main pitch after a nine-month closure due to the development works.

The official ceremony was performed by the Chairman of Ballyboden St Enda’s Ciaran Maguire together with special guest, Jim Bolger, Chairman of the Leinster Council.

Among the other guests who attended the event were Paul Gogarty Mayor of SDCC, Sean Shanley, Chairman of the Dublin County Board, Canon Adrienne Galligan from Rathfarnham Parish, Fr Paddy Smyth from Knocklyon, John Lahart TD and Counsellor Deirdre O’Donovan.

It was a hectic day at the club, commencing with a poc fada competition at 10am, that involved 20 of the club’s hurling teams.

There followed a hurling challenge match between Ballyboden St Enda’s and Dicksboro of Kilkenny and a further AFL Division One match between the host club and Ballymun Kickhams.