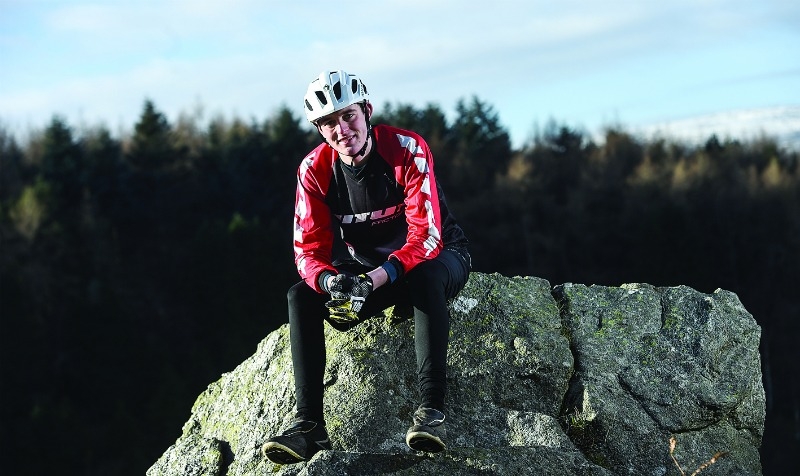 Callaghan holds on to his lead in Under 21 division

KILLIAN Callaghan holds a 100-point lead over Czech rider Vojech Blaha in the Under 21 division of the Enduro World Series after a 12th place finish in the fifth round held in Millau, France last weekend.

Before travelling to the Pyrenees Mountains, the Walkinstown competitor knew this would be one of the toughest races of the season.

And, dealing with the wet conditions, he pulled back time as he reeled in his championship rival New Zealander Daniel Self despite the narrow stages not being conducive to much overtaking.

Entering the final six-minute stage he picked up a rear puncture, yet crediting the strength and durability of his WTB Tyres and Hope Wheels, he managed to complete the stage with minimal damage to his bike enabling him to compete for the second day.

At the close of play on Friday he was sitting in 12th position, with Saturday’s race seeing many riders retire due to the severity of the contest.

After a further six-hours of racing, Callaghan managed to close out his tough weekend with a hard earned 12th place finish.

It was a nice way to celebrate his 20th birthday and it leaves him in a strong positon for Round Six of the series which takes place in Aspen on July 29/30.

Meanwhile Callaghan’s cousin Greg slipped to third place in the Men’s Senior division after his tenth place finish in France.

The Rathfarnham man is now 100 points off the pace set by new leader Adrien Dailly on 2120 points with Sam Hill second on 2040.