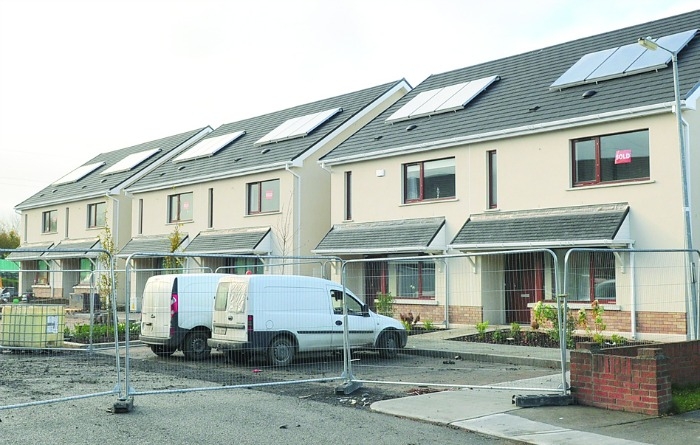 GARDAÍ have launched a probe after a number of brand new boilers were stolen from a housing development – within 24 hours of being fitted.

The theft occurred at the new builds at Tullyhall in Lucan on Monday, November 7.

The Echo understands seven boilers were installed that day, but subsequently disappeared by the following morning.

Lucan Gardaí are investigating the incident, and appeal for anyone with information to contact them.

The site forms part of the newest phase of residential development at Tullyhall – located south of the existing estate built up to 18 years ago – on land north of the Dublin Cork railway line.

Most, if not all of the new homes have already been snapped up before going on the market, with sold signs visible on the windows this week.

Ownership of the subject site passed back and forth between developers over the years with the recession halting progress until now.

Developer Eleveden Properties are behind the latest phase of development, whilst Genius Homes Ltd are constructing the homes.

According to the plans for the subject site, Eleveden commenced works in 2006, completing eight houses before economic circumstances forced the development to be suspended.

An extension to the planning permission was granted by South Dublin County Council in 2011, which sought modifications to previously permitted works, and the construction of 23 homes.

The Echo attempted to contact Eleveden Properties, but were unsuccessful.

NEWER POSTHOMELESSNESS: “I don’t care what we’re being told about a recovery, it’s not happening”
OLDER POSTCOURTS: Clondalkin man stole €8,000 from his own bank account