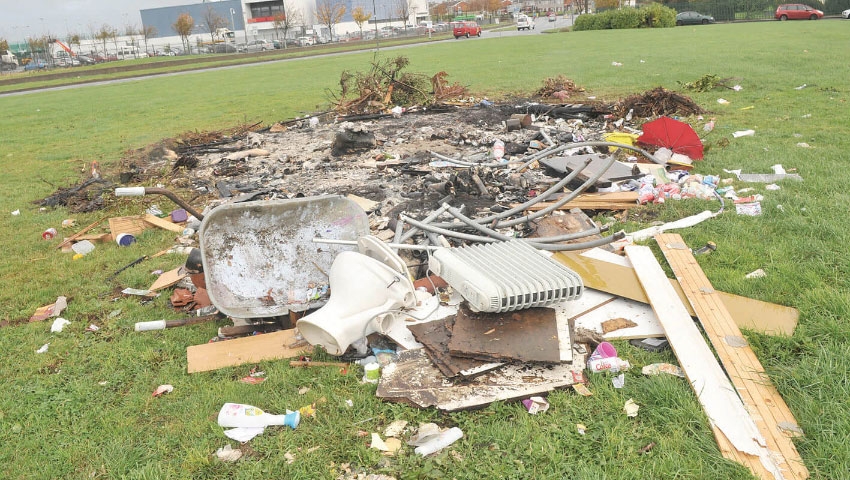 The council replied that there were a total of 280 bonfires recorded in the county in 2018 and they had removed 500 tonnes of bonfire materials both before and after Halloween at an estimated cost of €120,000.

Of the 280 bonfires, 136 were in Tallaght. The council said they were “particularly successful” in removing materials in the days immediately prior to Halloween, from October 27 to October 31, when a total of 144.4 tonnes of bonfire materials was collected.

The council added that a major bonfire was prevented in Kilnamanagh. They said that approximately 1,000 wooden pallets were removed by council staff in the location prior to Halloween along with waste including tyres.