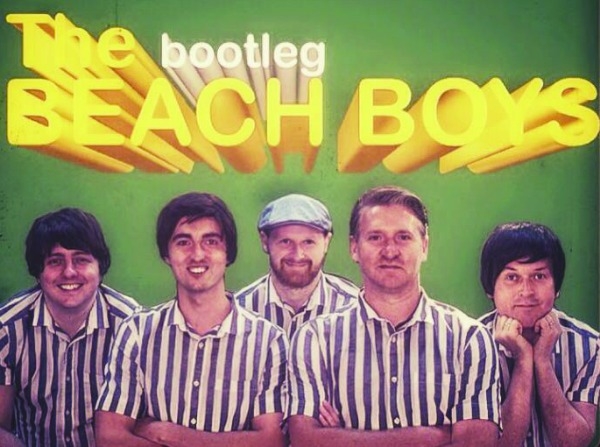 THE unmistakable sound of the Beach Boys has been mastered by five local musicians, who are bringing the Californian quintet’s distinctive and harmonic style of rock to the Olympia Theatre this May.

One of the most innovative bands ever, the Beach Boys captured the spirit of 1960s America through intricate harmonies and complex vocal and instrumental arrangements – which resulted in the band releasing a catalogue of hits and cult favourites.

These classic songs have now been mastered by one Crumlin and four Tallaght musicians in the guise of the Bootleg Beach Boys, which is made up of Mark Maguire and Joe Leech, formerly of Bipolar Empire, Fran King, The Classic Beatles, Damian Butler, The Last Waltz, and Joey Mullins, Inertia 66 – all of whom are massive fans of the Beach Boys.

Despite a hectic rehearsal schedule, Tallaght musician Mark Maguire took five to speak with The Echo.

How did the Bootleg Beach Boys come about?

It came about because we are all huge fans and it’s something that has been in the back of all of our minds for quite some time now. However, we have always been too involved in other projects to put the time in it deserves. When we’d go to see member Joey (Mullins) gigging in pubs we always would always be hopping up and singing Beach Boys songs, and it was Joey who got the ball rolling and got the band together.

What is it that you like about the Beach Boys?

The main thing that we love about the Beach Boys are the harmonies, they set them apart from any other band. Also the amount of amazing songs they have in their repertoire.

Was a lot of hours put into nailing their intricate harmonies?

Yes a lot of hours have been put in to get the intricate harmonies spot on. A lot of the songs sound simple but when you go to learn them you discover the harmonies are more complicated than you thought. We also do a number of their more jazzy acappella songs where it’s just us singing without any instruments, this is particularly difficult but impressive.

The Beach Boys have quite a distinct sound, do you think they’re one of the more difficult bands to cover?

Yes the beach boys are one of the more difficult bands to cover because while there are amazing vocals happening the music is equally as important – so, often you are playing complicated stuff on your instrument while singing complicated harmonies. We don’t use any backing tracks so to achieve the sound we have Joe (Mulllins) doing some amazing stuff with the keyboard involving splitting it into separate sounds, like strings and organ, and we also use a brass section live.

What song are you looking most forward to performing on the Olympia stage?

For me the song I’m most looking forward to performing is California Girls. It’s always been one of my favourites and it has everything from the five piece vocal harmonies to the brass band.

Will you be going the whole hog and dressing the part?

Yes, we will be going all out and dressing up. There are two costume changes, one for the early days and one for the later days of the Beach Boys. People who have never seen us before can expect to experience the closest thing to The Beach Boys that they are likely to see – and to hear all of their favourite hits and then some fan favourites. People who have seen us before can expect a bigger show with lots of extra surprises.

If you could perform on stage with one musician living or dead who would you pick and why?

A musician I personally would love to perform with would be Paul McCartney. He said his favourite song ever is ‘God only Knows’ by The Beach Boys so we could do that one.

What was the first album you bought?

The first album I ever bought was Queen’s greatest hits… good choice!

The five lads involved in the Bootleg Beach Boys have been involved in a number of different musical ventures, what’s on the cards for the rest of 2016?

Yes we are all involved in other projects but for the rest of year a national tour of the Bootleg Beach Boys is on the cards.

The Bootleg Beach Boys are playing at the Olympia Theatre on Saturday, May 28. Tickets cost €23 and can be bought through the ticketmaster.ie