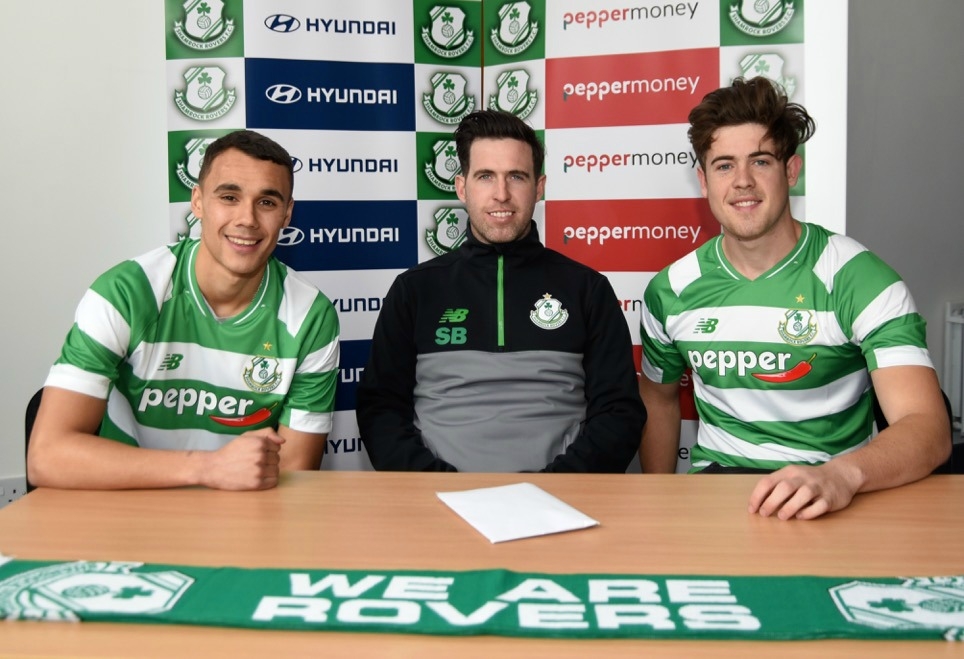 BRADLEY: “They’ve got to show what it means to play for Rovers”

SHAMROCK Rovers manager Stephen Bradley firmly believes that the youth he has brought into his squad will go a long way to seeing them mount a more seriously challenge for this season’s Airtricity League title.

The Hoops had to settle for a fourth place finish in the Premier Division in 2016, yet Bradley is confident that the players he has brought in will help see them close the gap that has separated them from the top two sides, Cork City and defending champions Dundalk, over recent years.

Having seen the likes of the young Sean Boyd and Aaron Dobbs take their chances when given the nod last year, Bradley is hoping that new arrivals, the likes of Michael O’Connor and Daniel Devine,   can do the same.

Speaking to The Echo, Bradley said “I firmly believe that we have the players there to help us close the gap on the likes of Cork and Dundalk.

“Catching them is not going to happen overnight. We were 22 points off the top last season and that’s a hell of lot of ground to make up.

“You can look and the defence and you can look at the goals, but really it’s about the mind-set of the players.

“They’ve got to show what it means to play for Shamrock Rovers and go out there and perform on the Friday nights.

“We need to have that winning culture which I don’t think has been there since Michael [O’Neill] left, but these players can do it.

“If you’re going to bring in these young players you have to show them that you believe in them and if you do that, they’ll show you just what they can do.

“I think we do have a good mix with a few of the older quality lads who can help bring the younger ones along and help them develop.

“They will make mistakes, that’s inevitable, but you have to be willing to accept that’s what’s going to happen.

“Too often clubs look past what they have and go outside for players when the answer is right in their building.

“We want to give these players the opportunity, but, at the same time, they have to remember that they’re playing for Shamrock Rovers and we’re expected to win.

“It’s inevitable that they’ll make mistakes, but they have to learn very quickly” he stressed.

Certainly the Hoops will not have an easy start to their title bid, with champions Dundalk providing their opening-day opposition in Oriel Park next Friday (February 24) with arch rivals Bohemians paying them a visit the following week.

While appreciating how difficult this start is, Bradley remained positive saying “It’s a great start to the season for us. Really good games.

“I know some would have preferred to have an easier run-in to the season, but you’re going to have to play these teams at some point so just go out and play them” he added.

Rovers have been showing some good form with pre-season wins over Lucan United, UCD, South Korean outfit Gwangju and most recently a Leeds United Under 23 side in Tallaght.

On the former, Bradley said” “He’s an open and honest lad who plays and sees the game well.”

Burke brings plenty of experience to the Hoops having spent time with Aston Villa and Notts County.