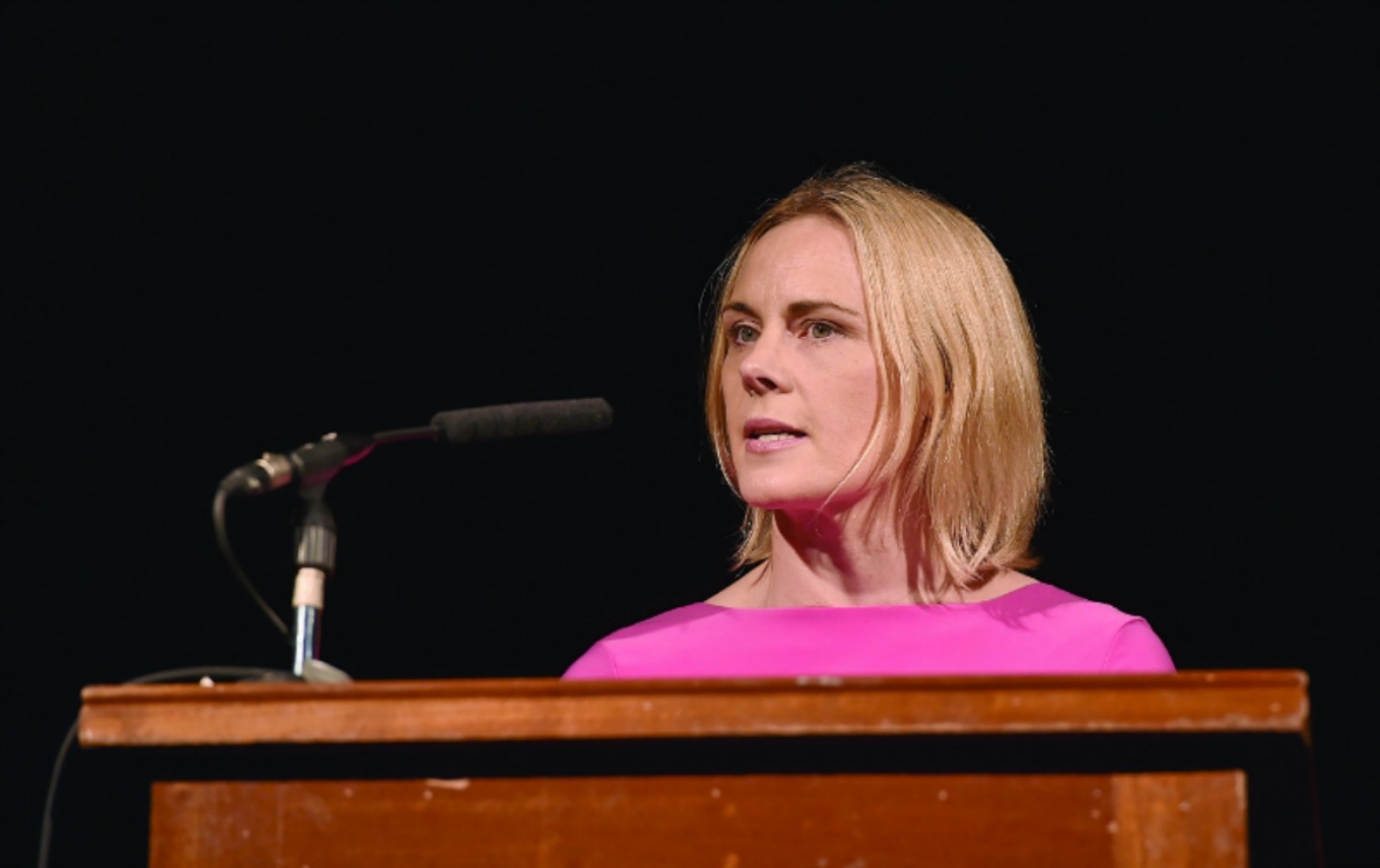 Q&A: Sarah is Keane to succeed as head of Olympic Council of Ireland

TERENURE woman Sarah Keane was, last week, catapulted into the media spotlight after being elected the new President of the Olympic Council of Ireland, thus replacing the long-time head of the organisation Pat Hickey following his decision to step down in the wake of last summer’s ticket touting scandal in Brazil.

Keane, who is CEO of Swim Ireland and a former national champion swimmer with Terenure College, was a very convincing winner of last Thursday night’s election, taking 29 of the 43 available votes to comfortably see off the challenge fellow contenders, then caretaker OCI President Willie O’Brien and Basketball Ireland Chief Executive Bernard O’Byrne.

Stepping into her new post at a difficult time for the OCI, Keane’s arrival at the helm is seen by many as a breath of fresh air for the organisation.

She took some time out to talk to The Echo Sports Editor, Stephen Leonard about her background, her new role as OCI President and the challenges she and her board are poised to now tackle.

What does sport mean to you?

I always got a lot out of my sport from a character perspective which is one of the reasons why I would advocate for all children to do sport. For me it helped a lot with my work ethic, meeting friends and dealing with adversity. So from that perspective I think I got a good grounding out of sport.

You bring a lot of experience to the post of OCI President. Do you feel that will help you with the challenges ahead?

I did law and was a solicitor for a long period of time and I think that was helpful to my organisation, Swim Ireland, when I started because we did have a lot of different issues and challenges we were facing.

At the same time, while the organisation was facing those challenges, there would have still been a lot of very good people still involved with the organisation, talented athletes and coaches and very good volunteers. I think I was maybe able to support a structure around some of the reform which hopefully we will be able to do now for the Olympic Council, because I can see a crisis is very difficult when everybody’s in the middle of it.

But if you take the relevant learnings and put them into something constructive going forward, that can be very good because people are more open to change when things are bad than they are, unfortunately, when things are good.

Some might say there is conflict in remaining on as Swim Ireland CEO while President of the OCI, even in terms of being able to commit enough time to the roles. How do you respond to that?

I will certainly have to manage the time commitment. I mean I’m on the board of the Olympic Council, so there are staff there that will be dealing with the more day-to-day business of the oganistation in line with the strategy and direction from the board.

It’s a voluntary role, so from that perspective I’ll be staying on with my job at Swim Ireland. But the organisation is at a good point now whereby there is a strong board, and there are really good staff members, so it’s in a position where I can put time into the Olympic Council.

I wouldn’t have done it if I hadn’t been nominated and supported by Swim Ireland who have been very strong in terms of the need for reform and I do think it will help our organisation and our aims and ambitions for High Performance as well going forward.

Now obviously I won’t be at the table when swimming is discussed because, from a conflict perspective, I’ll be stepping out of the room as I would expect every other board member when their sport is being discussed. That’s what good governance is about.

For me it will be managing time commitment, but I am on other boards and I won’t continue to stay on all of them and I’ll be looking at that in the next period of time.

I’m with the organisation a long time and I have clear objectives from my board. There’s a close relationship there, so if I take a couple of hours out of the day to do Olympic Council busi­ness, then I’ll put the couple of hours back at the end of the day.

What questions, do you find, are being asked generally about the OCI and how it functions?

Questions that I’m being asked at the moment – is the OCI relevant? what it’s all about? They’re all good questions to ask ourselves. What’s our direction? What’s our strategy? What are we delivering for Irish athletes? What is everyone else doing and how are we working together?

I think those are good questions to be asking. They are the policy side of things which are not always the most attractive, but that’s what actually helps the younger people.

My children both swim in Templeogue Swimming Club with Brian Sweeney as Head Coach. It’s a very good club. It’s one of our clubs that has Club Mark and what that means is that there’s a structure as to how the club operates.

It’s got a pathway for people in it. It’s got qualified people who are operating in it. It embraces safeguarding standards.

It is good for people like administrators generally to be out of the public eye but it’s also important for people to understand the importance of people involved in creating those structures and supporting our clubs, our people on the ground in terms of doing what they do for sport.

While your sporting background is very much in swimming, can you appreciate and plight of other sports in Ireland?

When you see the Olympic movement, there’s 34 federations, but not even half of those actually currently participate in the Olympic Games, whether it’s Winter or Summer.

From that perspective they’re all at very different stages in terms of their journey and their ambitions. Some are looking to obviously be on podiums at the Games, others are looking to get to the Games and others are just looking to develop their sports, full stop.

Swimming is one of the most participated sports in this country so it’s never been a minority sport, but we had a very small organisation and we’ve grown into a much bigger organisation.

Should we be getting a better return in terms of medals from Olympic Games competition?

Irish performance sport is quite young in its development. If you look at other nations involved in Olympic sport they’re probably 20 years ahead of us in terms of structures, systems, financial support. So we’re quite young in the system from that perspective.

There is still a lot of learning ongoing. We’re still only bringing in experts now in terms of National Performance directors and looking at what are the right structures.

I think a lot of progress has been made in the last few years. For most sports this Olympic Games was the most successful since 1996. If you look at swimming, cycling, athletics and quite a lot of other sports this was quite a successful Games.

So from that perspective there is generally progress being made. I mean the amount of medals being won on the international stage to what there were four years ago, eight years ago has really progressed. I think that’s really positive.

We are probably missing a national vision in terms of the Games from my perspective. Sport Ireland do set targets, but we’re only now developing a national sport framework.

The Department of Sport is currently involved in that now and Swim Ireland would have made a submission on that and so would have other sporting organisations.

I mean, where do we see ourselves, and what’s our real vision for high performance sport, is still something that has to be worked out, because there’s clear research that shows the amount of investment in high performance sport directly correlates with the results that you get. Now obviously it’s not all about money, but it is very relevant.

A lot of the Olympic organisations abroad do put more money into federations and into supporting the athletes and you can probably never get enough of that.

Ideally we do need to rebuild the credibility and front within the Olympic Council so that we do build more partnerships, sponsorship and commercial opportunities, because that allows us then to put money back into federations and the athletes.

You were elected very convincingly, winning 29 of the 43 votes. Was that very encouraging for you in that there is confidence that you can deliver change and a better system within in the OCI?

What I found really heartening was that when I was out speaking to people, and I spoke to almost all the federations, was the fact that people wanted to engage in dialogue and people were starting to talk to each other. They had lots to say about their ambitions in their own sport and what the Olympic Council could do for them and there was a real appetite for change.

To move things forward you need people to care and want to get involved and I certainly saw that. And there are a lot of good people who didn’t get elected, but who hopefully will come forward as part of sub-committees or some other way like that.

I was very humbled and privileged to be elected, but what was very good about it was, there were a lot of other very good people with a lot of strong skill sets who were elected, so I think therefore there is a strong team who will work to bring things forward.

A group can really make change happen and, while as leader of an organisation I will play a vital role, for me it’s about team effort to do it. We’ve got a group of people now who are very committed. We won’t always think the same way and we won’t always agree on everything, but we’re all very clear that there are certain reforms that need to be put in place.

We do need to look at what our strategy is, what is the direction for the organisation, what can we do for our sport, our federations and our athletes. I was overwhelmed with the amount of messages of support and encouragement that I received. You feel the weight of the world on your shoulders to a certain extent, but there are a lot of shoulders who are going to try and push this ball up the mountain and that’s encouraging.

NEWER POSTBRADLEY: “They’ve got to show what it means to play for Rovers”
OLDER POSTTallaght man’s stunning spoken-word poem ‘My Ireland’ goes viral