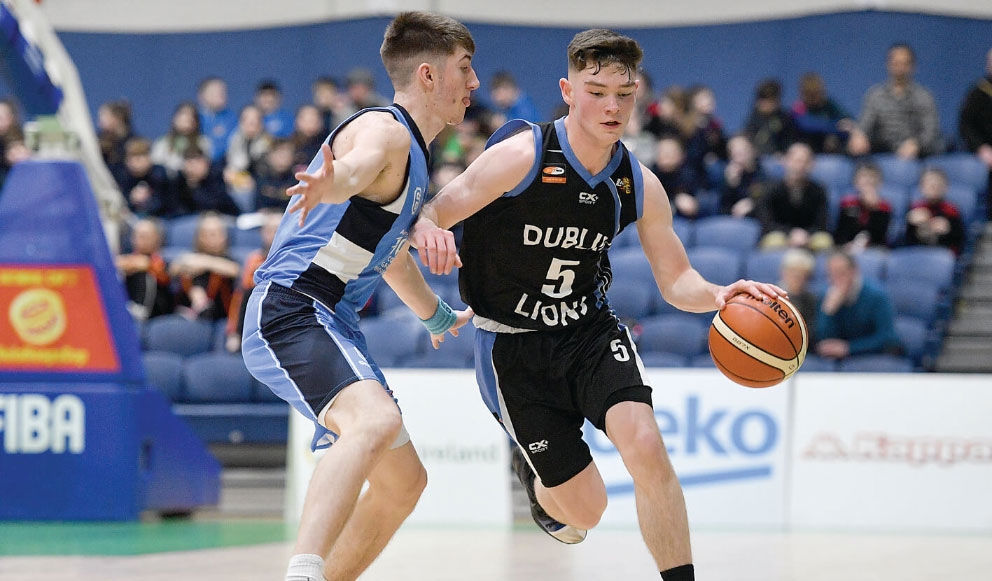 DUBLIN LIONS gave it their all, but came up short against the highly-fancied Neptune in the Hula Hoops Under 20 Men’s National Cup Final, losing out 65-78 in the National Basketball Arena on Saturday.

Match MVP Scott Hannigan inflicted a lot of damage on the Clondalkin side’s cause as he, together with Cian Heaphy and David Murray, helped Neptune into 21-16 lead.

Their advantage would have been even greater had it not been for the response of Tiernan Howe, Rian Caverly and Jack Maguire.

And Lions continued to work their way back in the second quarter, tightening up on defence and forcing turnovers that were punished by the likes of Finn Hughes and Howe.

It saw the Dubliners draw to within a solitary point of their opponents by the halftime break 36-37.

Neptune maintained their composure and began to pull away again in the third with Murray, Heaphy and Darragh O’Sullivan nailing baskets.

Hughes, who emerged the game’s top scorer on 22 points and 12 rebounds, kept his side well in the reckoning.

Yet again Neptune responded to open up a seven-point gap heading into the fourth and final period during which they copper-fastened their lead with big three pointers from Scott Hannigan.

And with 26 points coming from turnovers, they punished the Dubliners at every opportunity.

“We held our own for most of the match and we were only one point down at half-time,” said Lions head Coach Rob White.

“But we still had to claw our way back and it took a lot out of them. We made a good start to the third quarter, but they really pushed on.

“I thought Finn Hughes was the best player on the court. He had 22 points but be got a little tired because we had gone to him early on to help us get back into it,” he added.

Competing in the club’s first ever National Cup decider, this Dublin Lions outfit has plenty to be encouraged by, not least by the fact that all, but one, of their players are eligible to compete at this level again next season.

Yet now, a number of them will be heading back into National League action this Saturday when they travel to Portlaoise.

What’s more, some of them also played their part in helping the Lions Under 18s to a comfortable 20-point victory over Killester in Sutton that saw them into the Dublin Cup Final where they will take on either Templeogue or Liffey Celtics in March.

On another note, the Dublin Lions Under 13 Boys reached their Dublin Cup decider following victory away to Malahide on Sunday.