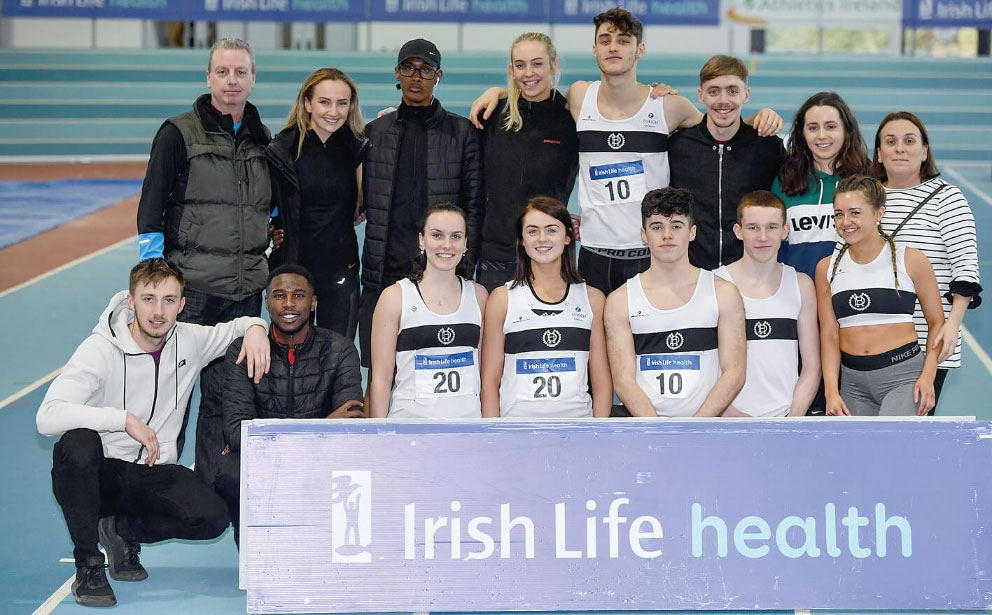 Donore hold their own on the National stage

DONORE Harriers enjoyed their share of success both in the National Under 23 Championships and the National Indoor League.

In the latter, the club’s men scored a great silver medal win, going one better on last year’s performance in the competition.

Indeed, the second round culminated in a great win in the 4x200 Relay while key to this second round were Kolade Abidoun, Adam Halpin, Zak Higgins, Sekeriye Ahmed and Men’s Track skipper David Campbell who said “Really proud to captain this amazing Donore Harriers squad.

“National silver medals today and a big year ahead. Huge thanks to all the athletes, coaches and supporters and a special mention to Leonie New-man who put in so much work with the squad.”

Zac Higgins contested three events in Round Two at the weekend and garnered a lot of points while Darragh McAuley also performed well.

At the National Under 23 Championships on Sunday, two of Donore’s sprinters made the podium.

Aoife Lynch claimed bronze in the 200m in a time of 24.91 while Paul McDermott raced to silver over the same distance, clocking 22.06.

Ailbhe Healy also made the podium competing in the pole vault, taking home the bronze medal

Lara O’Byrne ran the 200m and contested the High Jump before Jack Raftery cruised into the Junior Boys 400m final, but a bad lane did not help as he came up just short in his bid for a medal.