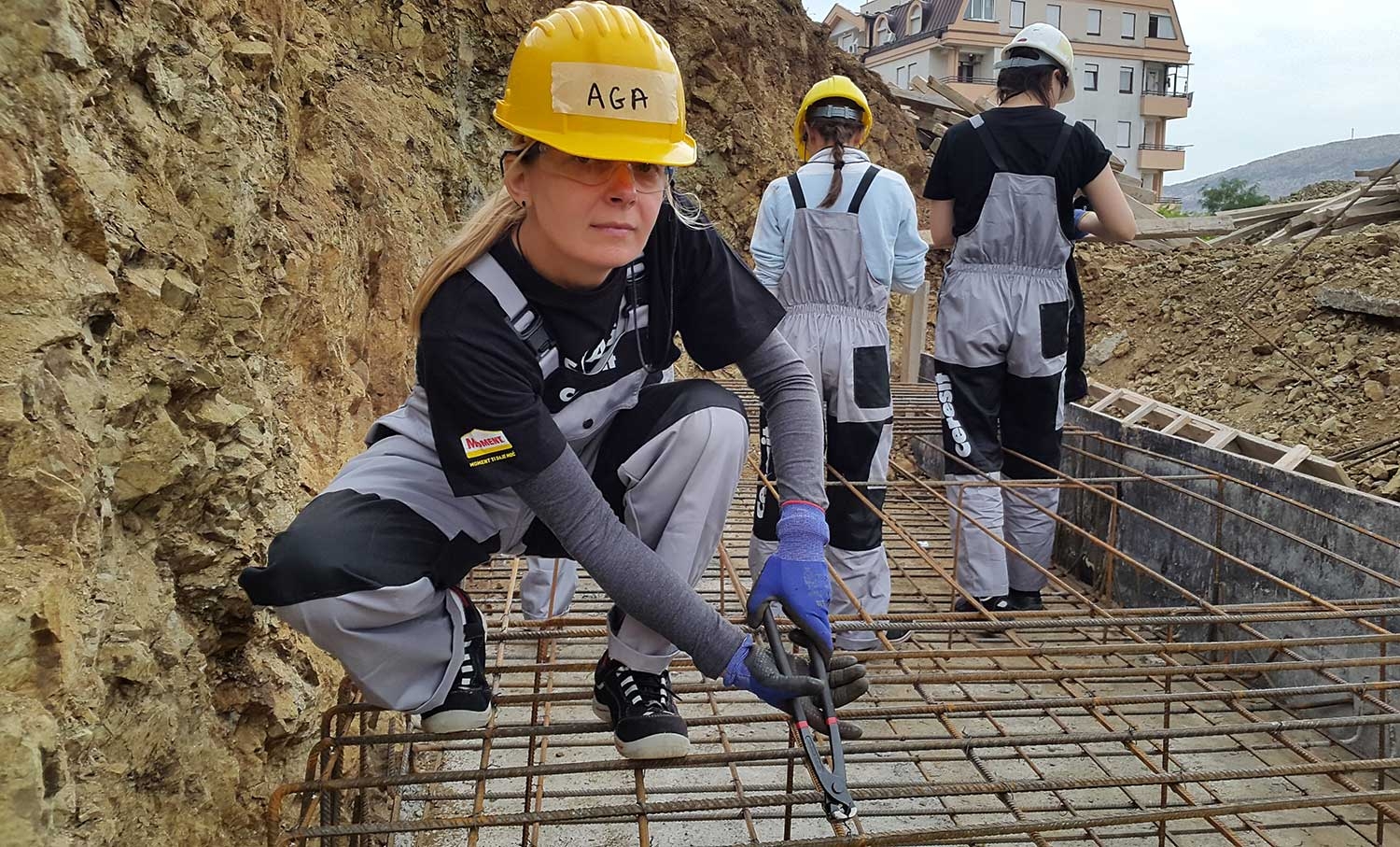 Building homes for people living in poverty was special

A scientist working in Henkel Tallaght travelled to Macedonia in September to build homes for people living in poverty after raising over €3,000 in aid of Habitat for Humanity.

Dr Agnieszka ‘Aga’ Ciechacka is originally from Poland but after completing her PhD in Analytical Chemistry in DCU, she began working in the Tallaght Henkel site in 2012, where she works in the product development of their adhesives division.

The multinational specialises in chemical and consumer goods such as beauty care, laundry and home care and adhesive technologies, with brands such as Pritt, Sellotape, Loctite and UniBond. The company also has a manufacturing facility in Ballyfermot.

Henkel’s Welcome Home programme was launched last year and works with NGO Habitat for Humanity, a Christian charity that provides sustainable and affordable housing and schools to communities around the world facing housing poverty.

Prior to the week long trip, Dr Ciechacka raised funds by organising an auction in the Tallaght office and selling novelty miniature bricks to her colleagues at Henkel’s Tallaght base.

“My colleagues in the Tallaght and Ballyfermot offices really supported me. I sold over 300 bricks.”

Dr Ciechacka estimates she raised €1,200 from selling the bricks to her colleagues, with every euro raised matched two-fold by Henkel. She raised further funds with a charity auction in the Tallaght office, which brought her up to over €3,000.

On September 24th, Dr Ciechacka flew out to Macedonia with 27 other employees from Henkel sites around Europe.

Macedonia gained independence in 1991 following over 40 years in the former country of Yugoslavia. Macedonia applied to join the EU in 2004 and is one of the poorest countries in Europe.

The landlocked Balkan country of Macedonia has a miniscule population of just over 2 million, where the average monthly salary is under €400.

According to Habitat for Humanity research, 30 per cent of the population live below poverty line. More than 80,000 households lack long-term housing solutions and the current building stock is in a bad state. Residential energy consumption is high, unaffordable, environmentally degrading and inefficient.

Dr Ciechacka recalled what she saw: “The region is made up of many small mountains. Macedonia applied to join the EU and you can see that the capital, Skopje, is trying to look like every other European capital, but the conditions of the buildings outside the city are very poor.”

The Henkel team travelled to the city of Veles to begin working with the Habitat for Humanity engineers.

The team took on a heavy workload, which included preparing foundations, painting and transporting materials around the site.

Dr Ciechacka said: “We had no plasters by Tuesday – everyone had blisters! It’s very difficult for somebody who’s used to sitting at a computer all day.”

She recalled that the first day the foundation was laid by the team, everyone stopped what they were doing and watched nervously to see if they had mixed the cement correctly.

However, she was very positive about the experience – especially after meeting the people whose lives would be changed after being given a house.

Dr. Ciechacka and the team were also able to visit families who moved into the homes built by Habitat for Humanity.

She said: “There was a grandmother that would bring sweets to share with us, we got to see how these families live normally. That was the emotional time for me. One woman invited me into her kids’ room and she was so happy.

“She was so proud that her kids had this room, a place where they could do their homework in.You could see her pride. She gave me a big hug before they left.”

“This was the moment where you got to see that you’re doing something special.”

Dr Ciechacka said she would encourage her colleagues in Tallaght to take part in the Welcome Home Project next year or would encourage anybody to get involved with a similar housing charity.