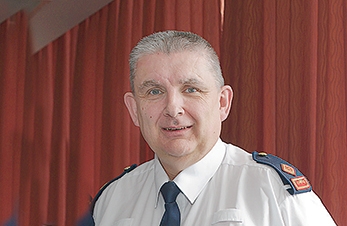 Burglary figures more than double after the clocks go back

BURGLARIES in Tallaght more than doubled in the days after the clocks went back, and the evenings got darker.

According to Garda figures, there has been 43 burglaries reported in the Tallaght area in the past five weeks – with an increase noted in the days after the clocks went back.

In the week running up to the clocks going back on Saturday, October 29, five burglaries were reported to Tallaght Garda Station however, the following week this figure had jumped to 12.

Supt Duff told The Echo: “Overall, burglaries are down around five per cent on this time last year, however, there was an increase after the clocks went back and the evenings got darker.

“This could just be a coincidence but there was a similar trend last year.

“The darker evenings make it easier for criminals to get around and we would ask people to be vigilant and to not make it easy for burglars to get into their homes.

“These criminals are opportunistic, so make sure that doors and windows are locked, your alarm set and that nothing of value is on display.

“Also, as we approach Christmas, we would advise people to be careful with money and not to keep it at home.”

He added: “It’s very distressing for homeowners when somebody gets into their house and I fully accept that

. . . and while the figures are down on last year, I know we still have a long way to go.”

An Garda Siochana has posted burglary prevention advice on its website, a “simple three-point” message that reminds people to; put the alarm on, lock all doors and windows and leave a light on when leaving your home empty.

To report a burglary or any suspicious activity in your estate call Tallaght Garda Station on 6666000 or visit www.garda.ie for crime prevention tips.

NEWER POSTScrapped bridge plans is “victory” for Lucan community
OLDER POSTNature on our doorsteps – Ivy, love it or hate it!