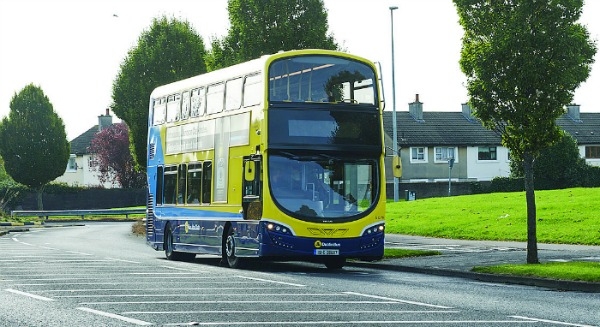 DUBLIN Bus were forced to suspend bus services in Neilstown on Tuesday night, after reports of anti-social behaviour.

The Echo understands the buses on the 40 and 76 bus routes were withdrawn from 8.15pm onwards after youths threw rocks.

The suspension of the bus routes bookended a fractious Halloween period for the Clondalkin area, which has witnessed a murder, joyriding, a car driven onto a bonfire, and the discovery of a local meth lab.

A number of residents were affected by the suspension of the service, despite Dublin Bus notifying customers immediately on their social media sites.

People Before Profit councillor Gino Kenny’s family was affected, as his mother was waiting for a bus that never arrived on Tuesday night.

“This always happen after Halloween, when there is debris lying around afterwards,” said Deputy Kenny.

“Youths have thrown rocks at buses in the area before, but it’s very dangerous. The bus could lose control and then we’d be talking about something else. Sometimes Halloween can bring out the worst in people.”

A spokesperson for Dublin Bus told The Echo that they “withdrew routes 40 and 76 services from Neilstown Road” due to “anti-social behaviour.”

In Ballyfermot, the 79/A bus service has been suspended on multiple occasions over the last year – the latest incident in October saw a robbed car crash into the bus.

Trade union agreements withdraw the bus service for one hour after an incident is reported.

If a second incident is reported on the same day, the service is withdrawn for the night.

NEWER POSTFortunestown SC Fire: Social Welfare payments to be made via the Square post office
OLDER POSTTwo charged with possession of crystal meth in Clondalkin