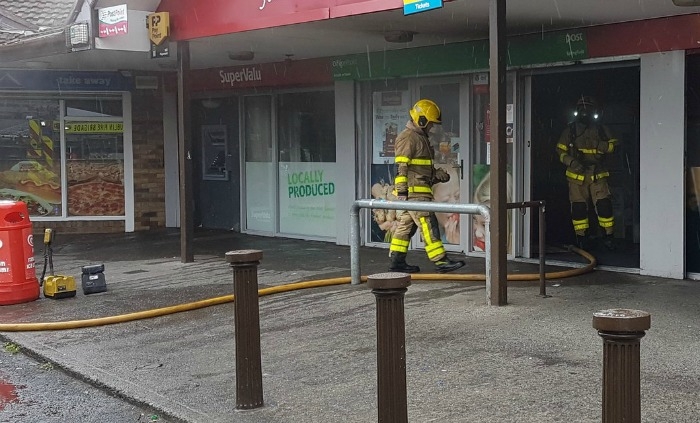 Fortunestown SC Fire: Social Welfare payments to be made via the Square post office

UNITS in the Fortunestown Shopping Centre have started to re-open this evening after this morning’s fire in the SuperValu store.

However, SuperValu and the post office, which is located within the supermarket, remain closed – with An Post confirming to Echo.ie that anybody collecting Social Protection payments can go to the post office in The Square until the service resumes.

“We can’t confirm when the post office will open again but we are doing everything we can to get it opened as soon as possible.”

At 11am today, six units of Dublin Fire Brigade tackled a blaze in the Springfield-based SuperValu, with units, from Tallaght, Nutgrove, Dolphins Barn and Tara Street, dispatched to the scene, along with a district officer.

Ops have finished at the #Tallaght supermarket #fire. Thanks to a prompt evacuation by quick thinking staff, no injuries reported #Dublin pic.twitter.com/HyUZnC46nn

All customers and staff were evacuated from the shop and there were no injuries, with Dublin Fire Brigade thanking quick-thinking staff on their prompt evacuation.

While SuperValu remains closed this evening, most of the other businesses in the shopping centre, including Roma, which lies next door to SuperValu, have re-opened and are trading as normal.