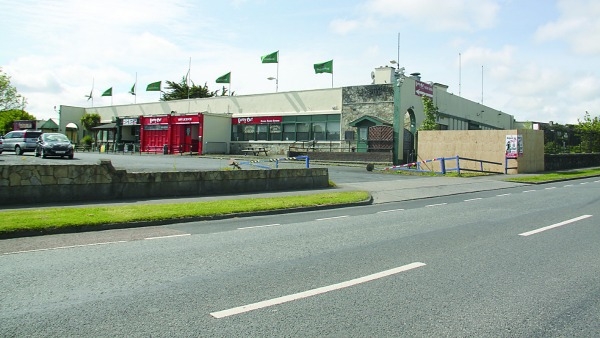 Business as usual for Belgard Pub as Lidl permission is granted

SOUTH Dublin County Council has granted planning permission to Lidl Ireland for its sixth Tallaght store, a decision which could signal the demolition of the Belgard Inn.

In 2014, South Dublin County Council granted permission to Lidl Ireland for a new store on the Belgard Inn’s overflow carpark, after the German discount supermarket purchased the land, including the pub and bookies, for an estimated €2.6 million.

As part of the original planning permission granted it was to be business as usual for the landmark pub and bookies, with Lidl, in its new capacity as landlord, leasing both establishments to the current management.

However, in March of this year, Lidl revised its planning permission and lodged a new application for the site – which included demolishing the 43-year-old Belgard Inn.

At the time, a spokeswoman for Lidl Ireland said that in light of the company’s new concept stores, which are bigger in size and involve a new design, that all planning applications and permissions were being reviewed and where possible revised.

When contacted by The Echo this week, a spokeswoman for Lidl Ireland said that the company welcomes the decision to grant planning permission for a “modern, new concept style store” on the Belgard Road.

However, she was unable to confirm any plans for the remainder of the site, or if a pub was under consideration.

Despite the application being granted, management at the Belgard Inn confirmed to The Echo that it’s business as usual for the local pub, which is taking bookings for parties well into 2017.

Some of the submissions lodged with the council in relation to the application included the loss of the Belgard Inn, which was described as a “local amenity” and “focal point” for the community.

Other concerns raised included the scale of the development, the impact it could have on the shops in Belgard Heights, the boundary treatment and the demolition and construction phase.

The documents outlining the council’s decision had not yet being published at the time of The Echo going to print.

South Dublin County Council’s decision can be appealed to An Bord Pleanala within four weeks.