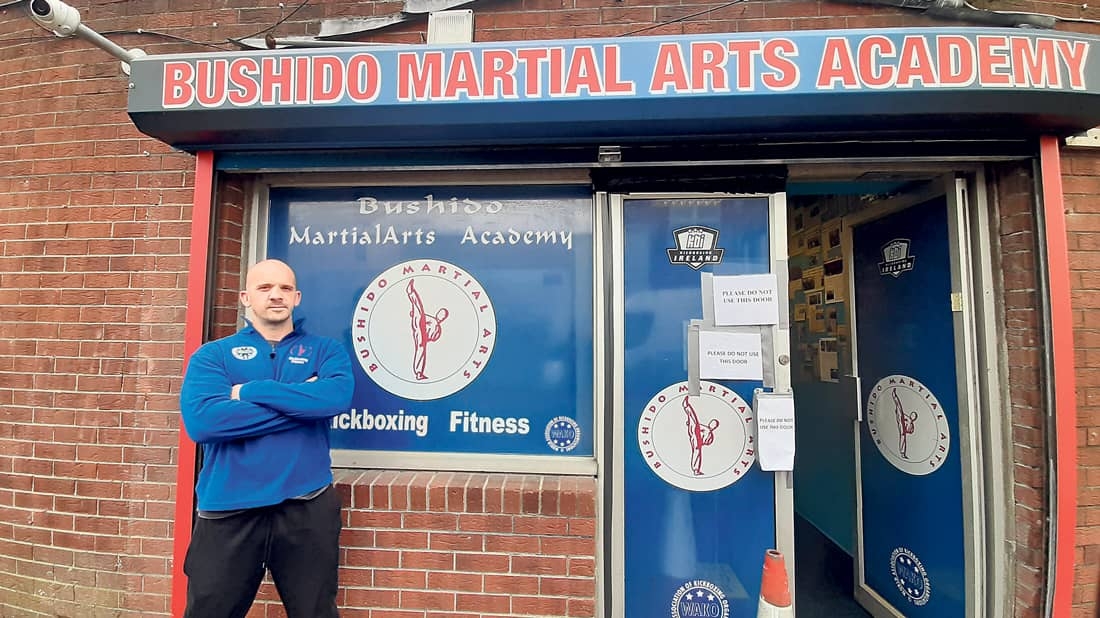 Businesses ‘left in the dark’ over plans

BUSINESSES in Clondalkin Enterprise Centre have been “left in the dark” over plans for the site by the landlord, which leaves them facing an uncertain future.

Clapton Ireland Ltd, whose Directors are Jackie Cosgrave and Vincent Cosgrave, are seeking planning permission to demolish the retail outlets at Clondalkin Enterprise Centre on Watery Lane and build 86 apartments in two blocks of five and six storeys and four commercial units.

The Cosgraves operate the Sheldon Park Hotel in Kylemore and numerous other sites in Dublin, including Larkfield House apartments at the former Liffey Valley Fitness Centre.

Some of the businesses in the Clondalkin Village centre have been located there for 20 years.

However, none whom The Echo spoke to on Monday knew anything about the plans, and claim the centre has been allowed to deteriorate in recent years.

The Echo understands the Polish grocery store Mróz has invested a significant amount of money recently to renovate and upgrade their premises.

Ilija Salerno, Sensei at BMA Clondalkin kickboxing and martial arts club, met the landlord during the Summer but first learned of the plans for apartments, when a planning notice was posted on a wall at the site last month.

The businesses operating out of the enterprise centre

“The last few years, there has been no new renovations in the centre, the walls are crumbling, you can see it,” said Ilija, pointing to various cracks and holes visible on the ceiling and walls at his Dojo.

“I did chat to the landlord during the Summer and told him that I need to know but nobody has been told anything.”

BAM Clondalkin have been located at the centre for 20 years and cater for over 200 members, kids and adults.

Despite the lack of renovations, it is an impressive looking Dojo inside, and staff have gone above and beyond to ensure social distancing for staff and clients.

“It is as clean as a hospital and fully Covid compliant. We are very well established in the community of Clondalkin, but I have been scouting around for a new premises,” said Ilija.

The uncertainty is another unwanted burden for businesses during a difficult time, according to Stephen Lynch, who along with his father John, run Clondalkin Glass in the centre for the last 21 years.

“We will be kept in the dark until the very last minute, the only time we hear from the landlord is if you are late with the rent,” said Stephen.

“It seems the general consensus in the area, and I’m not naming councillor names, is that this place is an eyesore, but where is the incentive for businesses. We have done the work to clean the roads and paint parking lines. But there are potholes on the road outside. Everytime it rains, Ilija is at home worrying about his place.”

Stephen continued: “It has taken us 21 years to build up this name. The last few years the trade counter business has been good. At the back of our mind, we are concerned that if we move to the back of an industrial estate, we will lose that.

“This is a family business that helps out the local community. Last week we helped Clondalkin Dental Centre who had a few windows smashed and we did the same for another business. That’s what we do. People keep asking us, what is happening, but there is no update.”

It could be a few years before any development takes place, pending planning permission, but for Ilija, he only sees one way forward.

“I feel that this time next year, the place is gone. We are hoping to remain in Clondalkin,” he said.

The Echo tried to contact the Cosgraves through Clapton’s registered address at the Sheldon Park Hotel, but were told by security “nobody is here.”

Closing date for planning submissions is October 15 and South Dublin County Council are due to make a decision by November 5.