OVER 100 people gathered on Main Street in Clondalkin village for the eighth annual Ciarán Carr Christmas Busk on Friday evening, where an assortment of local musicians gave lively performances and over €1,000 was raised for the Ciarán Carr Foundation.

Two Covid officers were in attendance at the event and all of the performers took antigen tests 48 hours before the busk, while attendees were encouraged to stay in ‘bubbles’ with each other.

Colm Gavin told The Echo: “The atmosphere at the busk was electric, we had a full crowd. It’s reached a point now where people anticipate the busk every year.”

For many of the performers, the busk marked a high point in a difficult year where many performances were cancelled or rescheduled as a result of the pandemic.

“There was a liberating quality to the busk,” explained Colm. “My sole intention was to do it as safely as possible and to show that we could do it.” 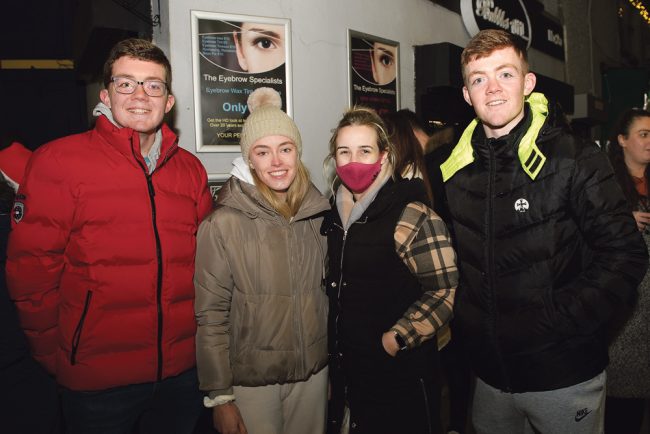 Aaron, Emma, Yazmin and Oisín at the annual busking session

Just shy of €1,400 was raised for the Ciarán Carr Foundation, a charity which was set up in memory of Ciarán after he passed away in 2012 at the age of 20 from Sudden Adult Death Syndrome while training with Round Tower GAA Club.

The foundation was set up by Ciarán’s parents, Gemma and Philip Carr, with the aim of educating people about CPR and the use of defibrillators, and also installing defibrillators at key locations in the community. 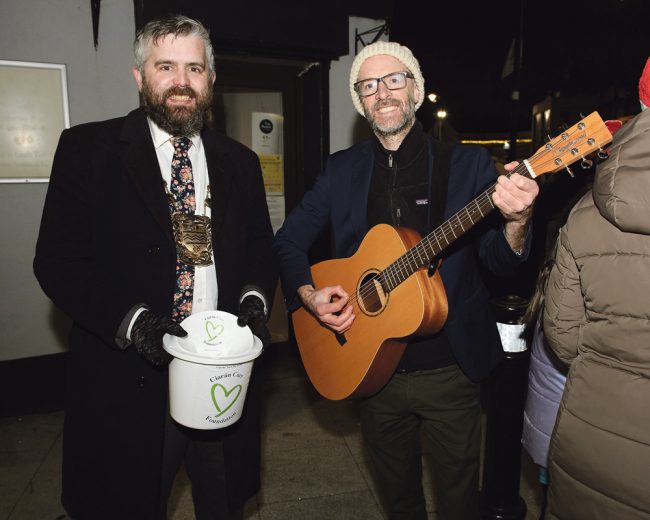 “It’s brilliant, because what Gemma and Philip do is primarily having defibrillators put in community centres and shopping centres, and it’s great to think that the money can be used to save some lives,” added Colm.

“Ciarán was a friend of mine, and I always preface the busk by saying that we’re here to remember Ciarán.

“We sing a couple of songs, we toast his memory, and at the end of the night if there’s any money in the kitty, we give it to his parents for the foundation.”