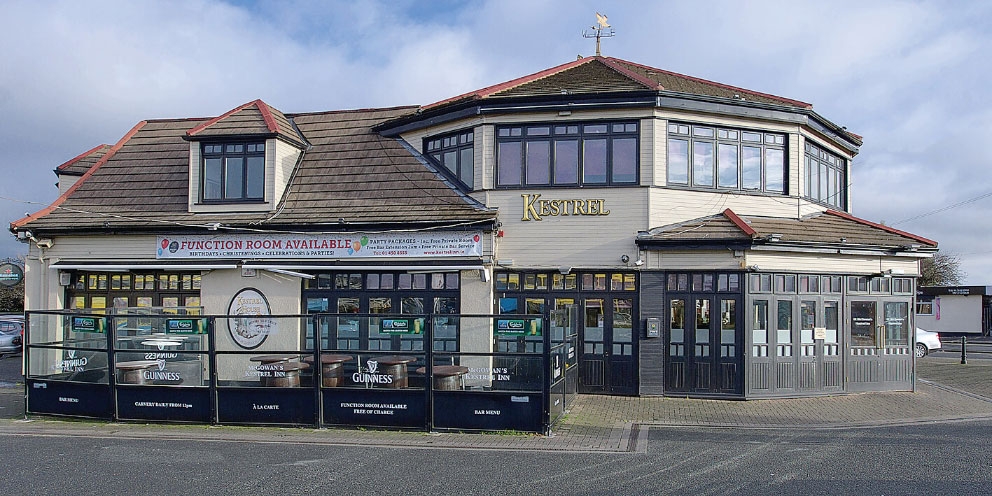 Buyers circle around the Kestrel premises

SEVERAL parties are understood to be in the race to acquire the landmark Kestrel licensed premises in Walkinstown.

Located at the Walkinstown Roundabout, the Kestrel enjoys the benefit of a thriving trade drawn from Walkinstown, and surrounding suburbs of Kimmage, Terenure, Rathfarnham, Knocklyon, Tallaght and Clondalkin.

The Kestrel pub at Walkinstown roundabout has a guide price in excess of €1.8 million

The property, which came to the market last October at a guide price in excess of €1.8m, also enjoys valuable rental income from the adjoining investment which is let to Ladbrokes.

The bookmaker occupies the premises under a 20-year lease which is currently producing €24,000 plus VAT per annum.

The Kestrel is well-appointed internally and has a traditional layout. Externally, the premises has ample off-street car parking.

In June 2015, the pub’s current owner secured planning permission for the development of an exterior, sheltered beer garden and smoking area.

The premises closed in 2010, and the following year, publican Michael McGowan bought it for a price believed to be in the region of over €2 million.

“The Kestrel provides the purchaser with the potential to further develop and enhance the property’s existing high-volume food and beverage business.”