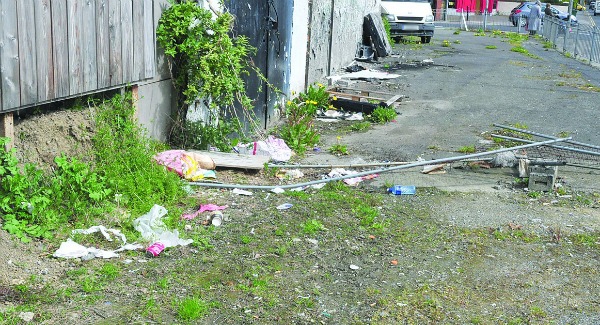 THE number of Dublin City Council cleansing staff employed in Dublin South Central, has plummeted over the last eight years.

The number of litter wardens for the area has also decreased over the same period, from four to two.

Local representatives have expressed concern at the reduction of cleansing staff for the Ballyfermot/Inchicore/Crumlin constituency, which is considered the “number one problem area” on the southside of the city, according to the council.

The local authority are spending over €55k removing and disposing illegally dumped waste every month in South Central alone.

Sinn Féin Councillor Daithí Doolan cites Tyrconnell Road in Inchicore as a major litter blackspot, and is proposing the road be piloted for an undercover scheme.

Cllr Doolan said: “Illegal dumping has been tolerated for too long. It is a major health risk and proving very costly. Posters and ads have failed to have the desired effect.

“I am proposing that dumping blackspots are the focus of undercover teams supported by gardai and cameras. It had a positive effect in tackling dog fouling. People need to know swift action will be taken.”

In response to Cllr Doolan’s request for the pilot scheme at the recent area committee meeting, DCC said: “The public domain officer is engaged in discussions with waste services division to explore alternative methods of enforcement for illegal dumping, littering and waste management offences generally.

“A pilot project may be required to establish the efficacy of any alternative measures developed as part of this process.”