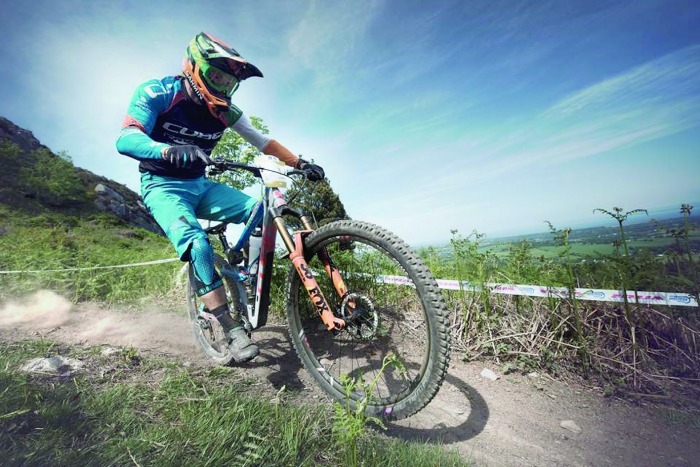 DESPITE mixed results on home soil, Greg and Killian Callaghan will be taking their mountain bikes to Millau France, both leading the Men’s Senior and Under-21 sections respectively, in the Enduro World Series, which resumes this weekend.

Greg finished in tenth place, on the Three Rock course, a race he won last year, but has maintained his top spot on the leaderboard.

His younger cousin Killian finished fourth in the Under-21 race, and he too is currently top of his division.

It is very tight in the Senior section, with only 20 points separating first and second place, and just 40 points between first and third.

In contrast, despite lower-placed finishes overall, Killian leads the Under-21 section 110 points ahead of his nearest rival New Zealander Daniel Self in second.

This is even more remarkable given the the fact he does not have the backing of a factory team.