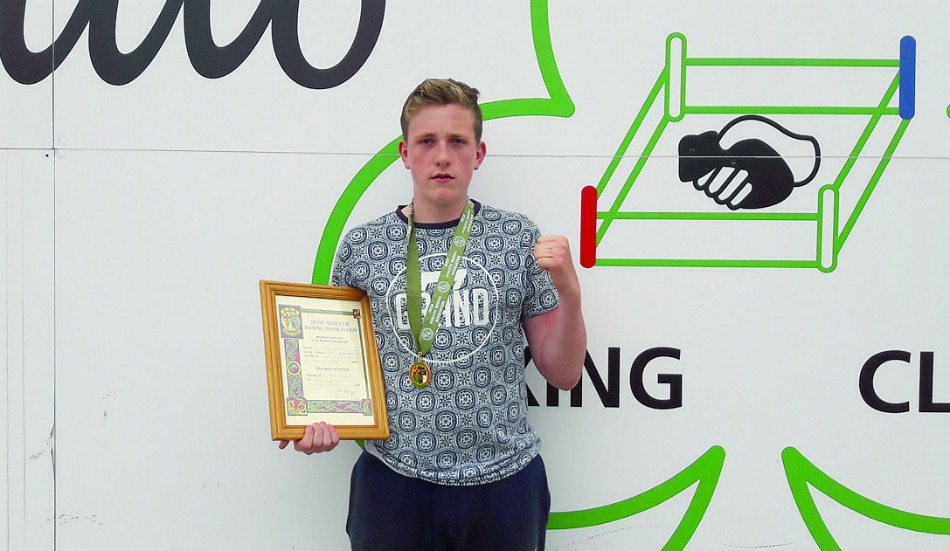 Representing the former, Martin Collins emerged with the 35kg title following his 5-0 triumph over Michael Stokes of Dealgan BC in the decider.

He was coming into this fight off the back of his equally emphatic win over Donore’s Christopher McEvoy in the semis.

And landing the gold medal was made all the more impressive given that the Clondalkin lad was the youngest competitor in this division.

A clean sweep so far of county and National Boy One and Two honours has made him one to watch.

This convincing win, combined with another 5-0 victory against Nojus Ivanauskas of Clane in the semi-finals, has set McDonnell up nicely for this week’s Monkstown Box Club.

Indeed he will be one of seven competitors flying the flag for Crumlin at this event, while Drimnagh are expected to be fielding about 12 in the contest.

Also in action in the Finals were Crumlin’s Patrick Maughan and Neilstown’s Joseph Hutchinson.

The latter was beaten in the 56kg decider by James Whelan of Dublin Docklands while Maughan lost out Ballybough’s Brooklyn Saunders in the 40kg final.