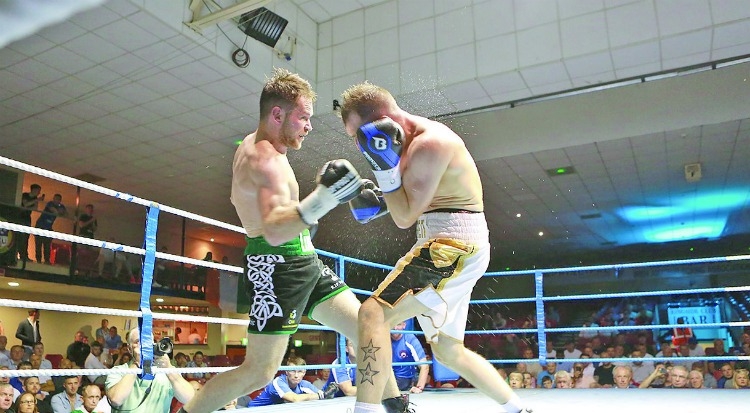 LUKE Keeler believes the manner in which he beat Darren Cruise for the vacant Irish Middleweight title will serve him well as he pursues even bigger honours over the coming year.

The Ballyfermot boxer was taken the distance by his tough Roscommon opponent in the National Stadium on Saturday night, earning a narrow 96-95 points win.

And while Keeler felt he had won by a more comfortable margin, he was quick to acknowledge the quality of Cruise, against whom a rematch has not been entirely ruled out.

“He [Cruise] has been there or thereabouts and he was in the best shape of his career,” insisted Keeler. “I mean, this was his world title.

“I thought it was a lot more comfortable than what they judged it. I had myself four up heading into the last round and what was coming back to me was that he needed to knock me out to win.

“So my mind-set was to move him around in the last. Had I known it was closer I probably would have stepped it up, but I was happy with my performance.

“My hand went earlier and began to swell up in the tight wrapping. I’ve had long-term niggly problems with it since Prizefighter when I broke it.

“But I landed a lot of clean shots up until that and I really wobbled him in the sixth round.

“I would have liked to follow up when I rocked him and throw those flurries to get him out of there.

“But I just stuck with my jab and it worked. It was a great learning fight.

“You can’t beat those 10 threes. I’ve proven I have it in me [to go that distance]. You can worry that you don’t have it in the tank, but I felt comfortable. It gives you that peace of mind that you can do it and now I want to step it up.

“It wasn’t a dead cert that I would have stopped him even if the hand had held up. He has a proven chin and he’s never been stopped by other really good fighters,” he pointed out.

The victory marked Keeler’s first-ever title win and, while delighted at the feat, the 30-year-old is refusing to rest on his laurels.

“There is talk that Red Corner will be organising something for October and I could possibly fight for an inter-continental title.

“Also, I could be support for Katie [Taylor] if there is a 3-Arena show. It should be known what she is doing in a few weeks so I’ll know then,” he said.