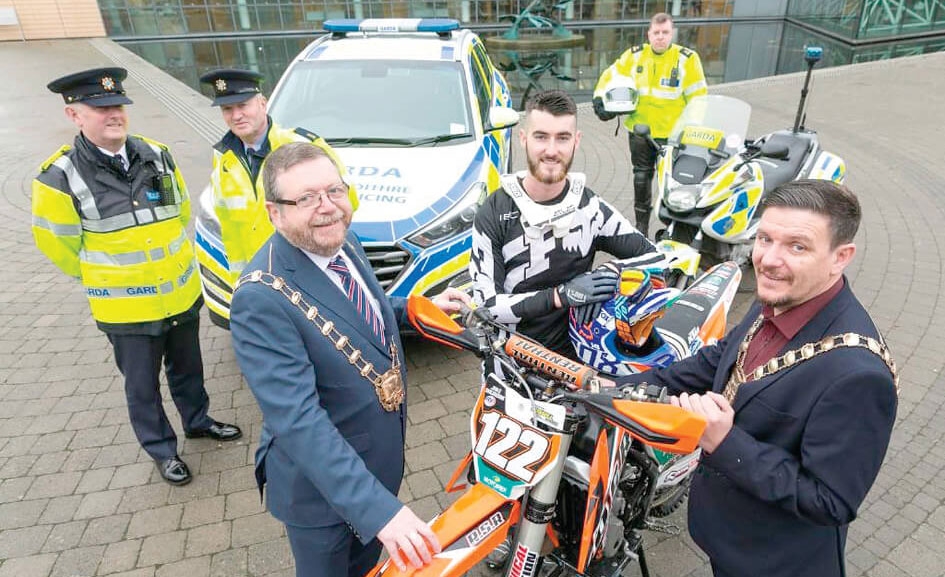 A public awareness campaign has been launched highlighting the dangers that quad bikes and scramblers pose to children, and to urge parents not to give them as presents this Christmas.

Launched by South Dublin County Council and Fingal County Council, the campaign supports the recent initiative by the Road Safety Authority, and will include an advert featuring motocross rider Stuart Edmonds.

The campaign outlines the correct environment, and care to be taken, when riding these vehicles, and will be shown in cinemas throughout South Dublin and Fingal. This message is strongly supported by An Garda Síochána and Motor Cycling Ireland.

In the last number of years there has been a noticeable increase in the number of quads and scrambler bikes being used in an inappropriate manner in urban towns and cities.

The use of these bikes on public roads, parks and open spaces has been a growing issue with communities feeling threatened and unsafe when these bikes are being used.

Unless the bike has been registered, taxed, insured and brought up to the correct standard, it is illegal for it to be used on the public road. It is also illegal to use these bikes in public parks and open spaces.

Mr Ally Menary, Road Safety Officer, South Dublin County Council, said: “Parents need to be aware that scramblers and quad bikes are not toys, particularly at this time of year. We are working closely with An Garda Síochána to address anti-social behaviour arising from the use of these vehicles.”

President of MotorCycling Ireland, Sean Bissett, encouraged young riders to use the resources that are provided for them through MCI and said: “There are affiliated clubs all over Ireland that can provide guidance and advice for beginners.

“The resources are there for people to enter this sport in a safe and responsible way and we encourage all riders to contact their club and learn how to partake in this sport correctly.”

Three of the four people who died in Ireland as a result of an incident involving a quad bike or scrambler were aged 18 or under, in the period 2014 to 2017, according to provisional statistics published by the Road Safety Authority (RSA).

The casualty figures also show that between 2014 and 2017, there were 39 people killed or injured in collisions involving a quadbike or scrambler on a public road, 16 were 18 years of age or under.