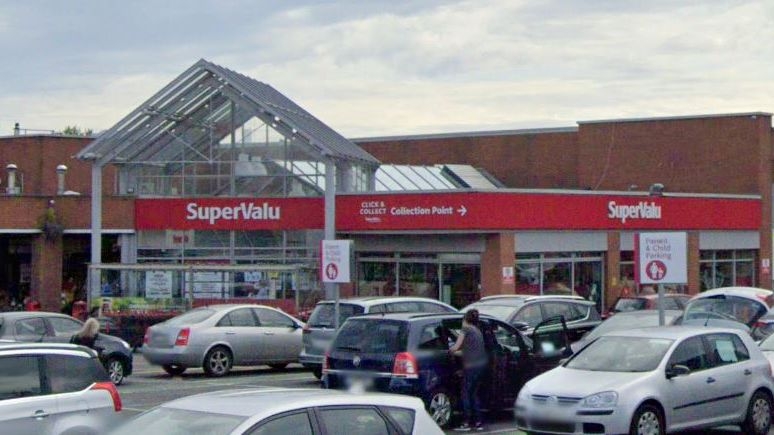 SUPERVALU in Knocklyon has lodged plans for the development of a covered canopy to serve as a ‘click and collect’ facility, and the construction of a new entrance.

Musgrave, the wholesale supplier behind SuperValu, Centra and Daybreak, lodged the plans with South Dublin County Council earlier this month.

In their submission, the wholesaler outlined plans for the demolition of the existing trolley bay and glazed entrance lobby on the south-western corner of the SuperValu unit, to make way for the construction of a covered canopy on the eastern wall of the shop to serve as a ‘click and collect’ facility.

Permission is also being sought for internal alterations in the SuperValu unit to include the provision of a seating area/toilets and the relocation of the existing post office unit, and construction of a new mezzanine floor at the rear of the check-outs in the shop unit for a seating area.

The existing flat roof over the new mezzanine floor area is to be raised to match the height of the existing pitched roof on the northern side of the new entrance lobby, while a covered glazed canopy over the existing pedestrian walkway in the car park is to be constructed.

A decision on the planning application will be given by the council by June 15.