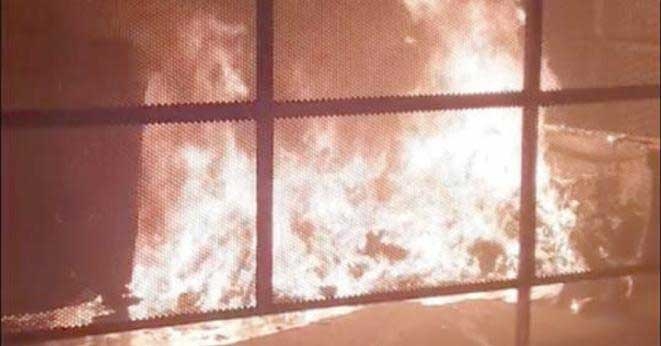 RESIDENTS woke up to the sight of their waste bins going up in flames at an apartment complex in Cherry Orchard recently, reports Maurice Garvey.

Numerous bins were set alight at the Cedarbrook complex, destroying one parked car located nearby.

The bins on fire

One resident told The Echo the incident happened at approximately 6.30am on Sunday morning, November 18.

“Only for Dublin Fire Brigade, more cars parked nearby could have been damaged from the fire,” said the resident.

Images of the incident show DFB members on the scene dealing with the early morning fire, and a jeep being towed away in the aftermath.

A garda spokeswoman said: “Gardai were called to an incident in an estate in Ballyfermot on Sunday the November 18 at approximately 6.30am.

“A number of wheelie bins were set alight in a container holding them. No arrests have been made, inquiries are ongoing.”

Cllr Daithí Doolan said he will be meeting with residents to work out a plan to tackle anti-social behavior in the area.