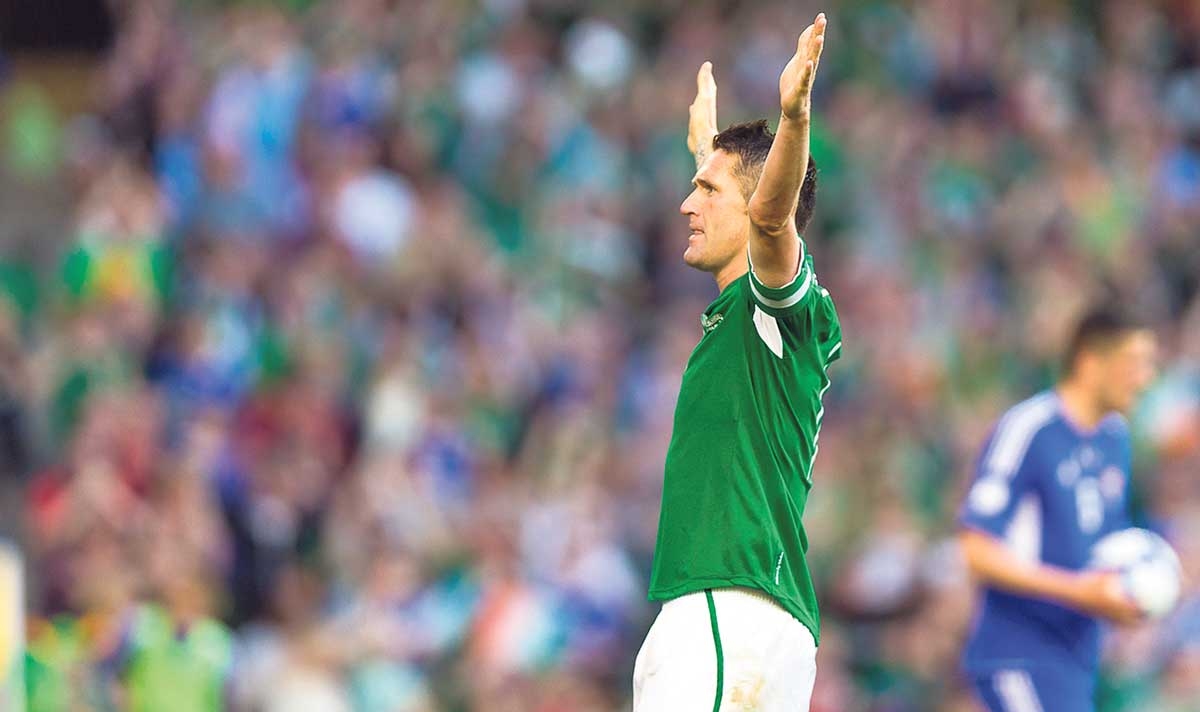 Keane officially hangs up his boots

The Republic of Ireland’s record goal scorer with 68 goals in 146 appearances is back with the national squad as part of Mick McCarthy’s management team.

One of the greatest players to wear the green jersey, he enjoyed an illustrious club career that saw him line out for the likes of Wolves, Coventry City, Inter Milan, Leeds United, Tottenham Hotspur, Liverpool, Celtic, West Ham, LA Galaxy, Aston Villa and most recently, ATK in India.

Indeed, the prolific striker has hit the net on no less than 325 occasions in 737 club appearances and is ranked 14th on the list of all-time Premier League scorers, with 126 goals in 349 appearances.

Playing schoolboy football with Crumlin United, he helped the Ireland Under 18 team, under Brian Kerr, to the European Championship title in 1998.

He was 17 when he made his debut for Wolves first team- the first step in what would prove an amazing adventure in which he would play for some of the giants of European football.

In a statement he released today, Keane said: “Today, after 23 wonderful years, I am formally announcing my retirement as a professional footballer.”

“From Crumlin United around the world to the likes of Milan, London and Los Angeles, I could never have imagined the path my football life would take. It has exceeded all the hopes I had as a football-mad boy growing up in Dublin.

“Leaving home at 15 years of age to pursue my professional career in England seems a lifetime ago now. I was a street footballer full of hope armed with huge ambitions and a determination to succeed. All I needed was that one chance.”

“I would like to pay a special thanks to Wolverhampton Wanderers for believing in me and giving me that chance when I made my professional debut in 1997, at the age of 17, against Norwich City.

“I will never forget that day, and was fortunate enough to score both goals in a 2-0 win. That feeling of euphoria drove me to the heights I reached during my career.

“From Wolves, my professional career followed a path that took me far and wide, giving my family and I the opportunity to meet and work with so many wonderful people and experience several different countries and cultures.

“I have always wanted to test myself and strive to be the best that I could be, so I embraced new challenges be it at Coventry City, Inter Milan, Leeds United and then possibly the most successful period of my club football career with Tottenham Hotspur.

“I had the great privilege to represent and captain Tottenham over 238 games. I had many wonderful times there and I will look back on my days at White Hart Lane with great fondness. The club will always hold a special place in my heart.

“After a spell with Aston Villa, my playing career concluded with an exciting few months with ATK, a club which also gave me my first experience of management.

“Playing and captaining my country has been the highlight of my career. I enjoyed every moment of the most incredible journey with the Ireland team over an 18-year period and as I have said many times before, words cannot express how proud I am to be Irish.

“I hope I have made the fans proud wearing the green jersey and armband.”