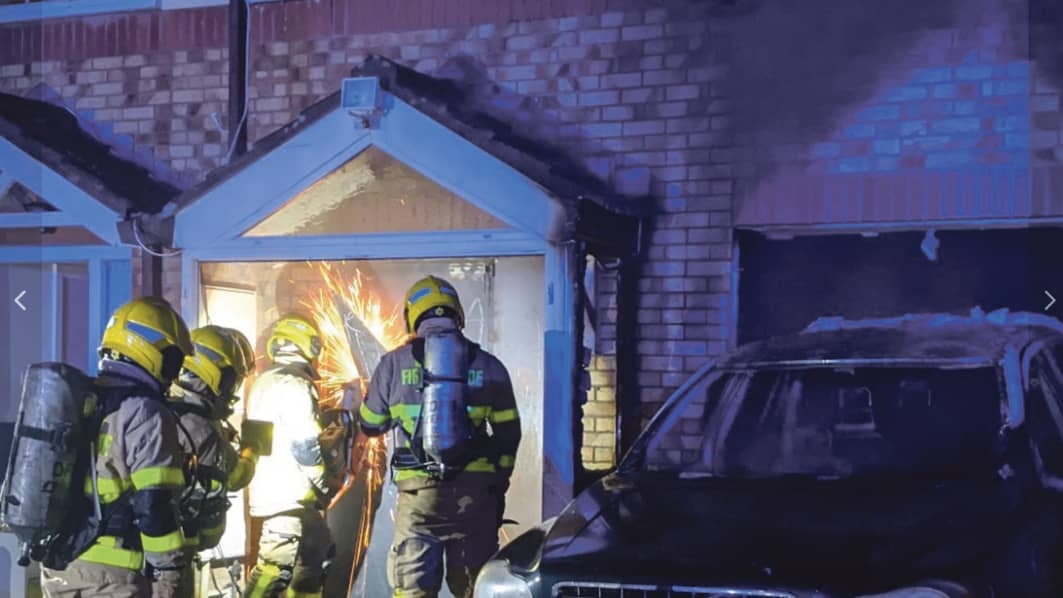 Car rammed into boarded up house

A CAR was rammed into a boarded up house in Clondalkin and set ablaze on Tuesday night.

Dublin Fire Brigade attended the scene on Grange View Road after reports of a jeep crashing into the building were reported to authorities.

Local sources indicate the property was boarded up two years ago by the Criminal Assets Bureau, due to organised crime links.

A Garda spokesperson told The Echo: “Gardai are investigating an incident of criminal damage by fire which occurred in Grange View Rd, Clondalkin shortly after midnight, August 12. No injuries. No arrests.”

NEWER POSTOver 82 per cent agree with mandatory masks
OLDER POSTEcho Sport Replay: Egan on his rise in boxing and the realisation of an Olympic dream