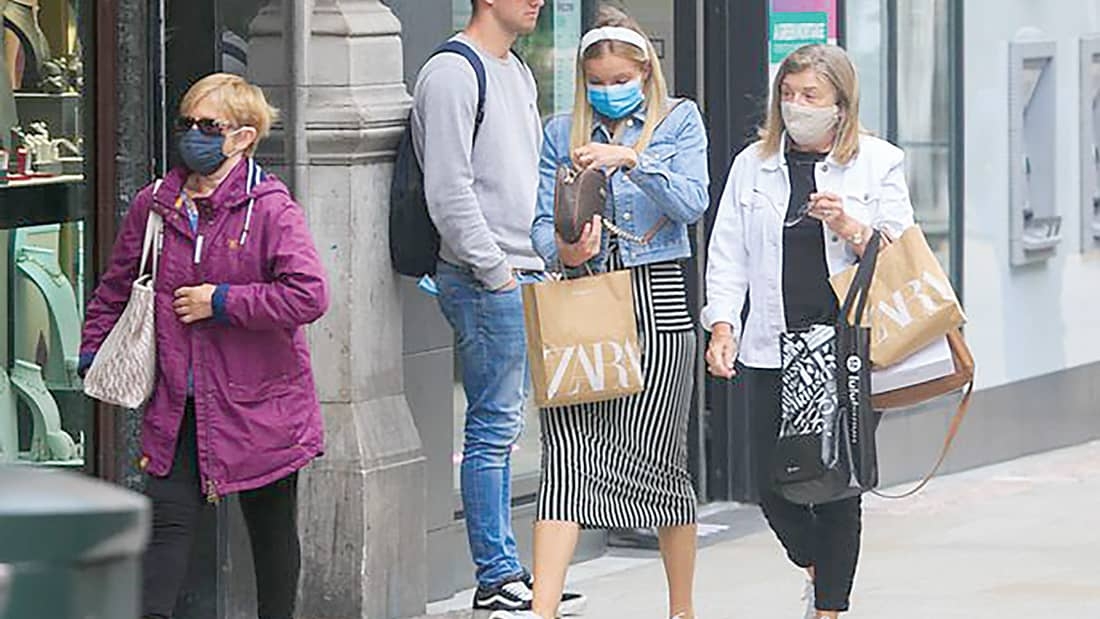 Over 82 per cent agree with mandatory masks

THE wearing of face coverings became mandatory in shops and other indoor settings this week, with over 82 per cent of people who engaged in an Echo poll agreeing with the decision.

This week, The Echo ran a 24-hour poll on social media and asked: Do you agree with the decision to make face coverings mandatory in Ireland as part of measures to manage the spread of Covid-19?

A total of 4,904 votes were cast across The Echo’s Facebook, Twitter and Instagram accounts – with 4,039 (82.3 per cent) of respondents voting Yes, they do agree with the decision.

Some 865 people (17.7 per cent) voted No, they do not agree with the decision to make face coverings mandatory.

On Monday, August 10, the wearing of face coverings became mandatory in shops and other indoor settings.

They must also be worn when visiting businesses such as hair-dressers, barbers, nail bars, tattoo and piercing parlours, travel agents, dry cleaners and bookmakers.

Those who do not comply could face fines of up to €2,500 or six months in jail.

However, the Minister for Justice, Helen McEntee TD has said that Garda intervention would be a last resort.

The new regulations do not apply to children under 13 or to workers who are separated from others by a screen or are able to keep two metres away from others.

People who have trouble breathing, are unable to remove it without help or have other medical or special needs, do not have to wear a face covering.

For further details on face coverings, where they are mandatory and guidelines on how to wear them, visit www.gov.ie.