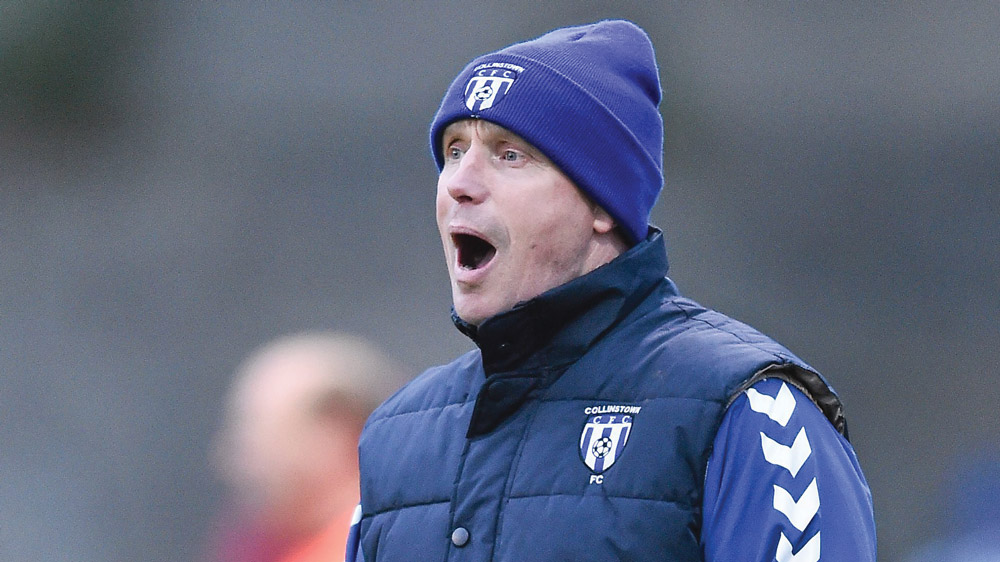 KEVIN Carroll has brought the curtain down on his time as manager of Collinstown FC’s first team, having led the side from humble beginnings in Division Three Saturday of the AUL all the way through to the second highest tier of the Leinster Senior League during his 15 years in charge.

It was a journey that started back in 2007 when both himself and Peader Keating put together a team that rose from the ashes of a Neilstown Rangers club that had folded in 2005/06.

Surging through the ranks of the AUL up to top flight in Premier A, the Clondalkin outfit opted to move to the Leinster Senior League in which they recorded five consecutive promotions en route to the Senior One Division where they currently compete.

During that period, the club also won two Leinster Junior Cup titles in 2015 and 2017, beating Sheriff in the final on both counts.

Indeed, this year marked the first time that Collinstown have not been involved in a race for promotion in the six years they have competed in the LSL, although they comfortably consolidated their position at that level.

“We were always going to come to a stop somewhere” Carroll told The Echo.

“After losing some experienced players and, with a lot of young players, it was always going to be tough especially as the level of competition was getting stronger as we got promoted.

“Over the last few games we had seven of the Under 18s from two years ago involved and they still held their own in that league.

“Seven of them are only 20. The week before last we played a game out in Skerries and a 23-year-old was our oldest player.

“Some of those young players have been outstanding for us over the last two years, not just this year.

“The team is in a healthy position. We’ve held our own this year, we have interviews this week for the manager’s job and if someone comes in and maybe brings in a few players with them and attracts a few more, we’ll be ready to bounce again.

“When we started off first, we were trying to get local players, but now, where we are, we’re attracting the same pool of players that Bluebell, Cherry Orchard and Crumlin would be looking for.

“Our net is wider now when we’re looking for players and we can attract more from further afield” he said.

Carroll will be moving into the club secretary role in Collinstown which, overall, has enjoyed massive growth over recent years, so much so, that it now caters for up to 20 teams, including two senior outfits, two girls sides and two separate academies.

“It’s a community-based club and it’s just taken over the area” smiled Carroll.

“That’s all down to our volunteers, people who fill the water bottles, take down the nets, rope off pitches, stick in flag poles and the like.

“A club like ours just wouldn’t function without people like them. Our club wouldn’t be in existence today without them” he stressed.