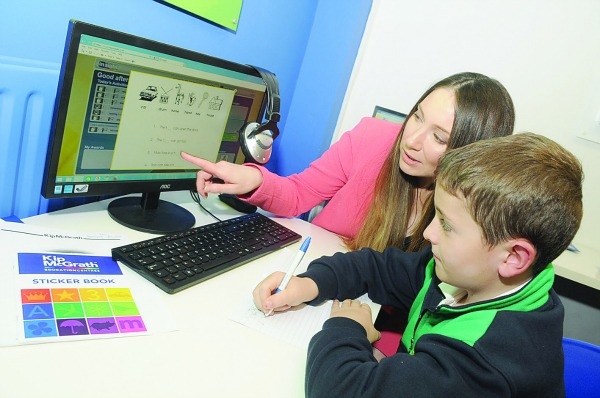 NEW start-ups and existing businesses have increased their customer base over the years by advertising in the The Echo.

One such business – the Kip McGrath Education Centre in Rathfarnham – are celebrating ten successful years, and attribute a small part of that to their first advertisement with their local paper back in 2005.

The unique centre provide a professional tutoring service in reading, spelling, English and Maths to primary and secondary students, in a comfortable and interactive environment.

Sarah Davies, who owns and runs the Rathfarnham centre with her husband Aidan Greene, says their first advertisement helped kickstart the venture.

Mrs Davies said: “That first ad did a lot for us. We had just opened and had one student, but by the second week, we had 20 students. Today we have 200 students a week and it’s increasing. We had to move to a bigger place from our former Templeogue premises.

“With the ten-year anniversary coming up, I went through old cuttings. I always remember that first ad in The Echo.”

Kip McGrath was established in Australia 40 years ago to address overcrowding in schools.

It has proved to be an valuable educational tool worldwide with a global network of over 500 tutoring centres in 20 countries.

Sarah, a Manchester native living in Saggart, secured the rights for the Irish franchise – and recognised the benefits of the service for school children in the community.

She continued: “We cover a full range of kids, from six-year-old to Transition Year. A lot of the kids are from Rathfarnham and Templeogue, but people are coming from as far away as Newbridge and Bray. It’s very different to anything they have come across anywhere else.”

Much of the success is attributed by Sarah to the wide range of supports provided by Kip McGrath.

“They have great resources, which we can access,” said Sarah.

“The system we have is very professional. Each child has their own computer or avatar. We have 12 teachers who work in Irish schools. Kids get feedback with iPhones, and they love all the technology. It’s very interactive.”

The centre is open Monday to Thursday 3.30pm to 8pm and Saturday 9am to 1.30pm.
For further information, call Kip McGrath Education Centre, Rathfarnham on 4908780, or visit www.kipmcgrath.co.uk/templeogue