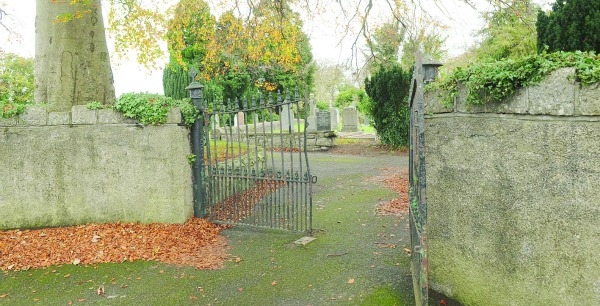 ESKER Cemetery car-park is set to benefit from the addition of a €30,000 fund for CCTV cameras.

Provisions in South Dublin County Council’s 2016 Budget are being allocated in an attempt to deter opportunist thieves and illegal dumping at the graveyard.

A further €30,000 has been allocated for CCTV at Bohernabreena Cemetary – a graveyard which has suffered a spate of break-ins in recent years with mourners’ cars being broken into whilst they visit loved ones.

Illegal dumping has also been cited as an issue at both locations – leading to calls for improved security measures at the council-operated burial grounds.

In September, a Lucan resident was visiting the graves of her two children in Esker Cemetary, but discovered a heartless thief had rifled through the contents of her vehicle.

Bill Coogan, from the Esker Cemetary Committee, welcomed the funds, but said the camera “location” is a key factor.

Mr Coogan said: “The problem is when people don’t lock their cars, but I can understand the emotion (of mourners). I put up signs to warn people to lock cars and have a good relationship with the council.

“We get dumping now and again. A builder used to reverse in two to three times a year, and tip in rubble. If I was going by late at night, I’d go in and was hoping to catch him.”

He continued: “When people realise there is closed circuit television, they would be foolish (to break the law). It should have a good effect on cutting down on the possibilities.”

A spokesperson for South Dublin County confirmed: “A provision for the installation of CCTV at the carparks of both Esker Cemetery and Bohernabreena Cemetery in 2016, at an approximate cost of €30,000 per location.”