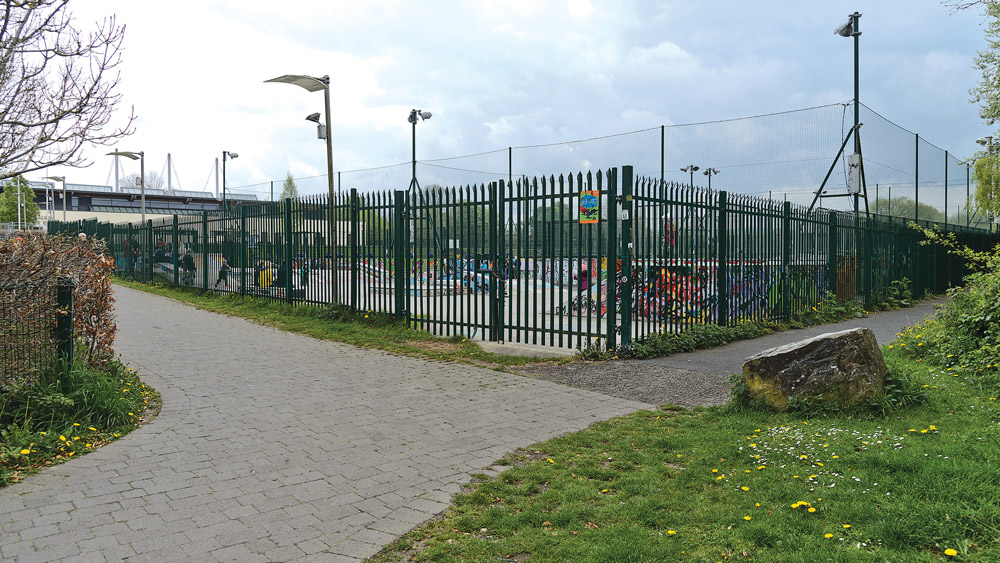 Children moving from skate park due to intimidation

KIDS are moving their skates from Clondalkin to Lucan skate park, due to intimidation at the Clondalkin facility, according to Cllr Eoin Ó Broin (SocDems)

“Skaters go there, their choices are Clondalkin or Lucan skate park, but they tell me they are moving with their skates to Lucan because there is a group of youths who gather at Clondalkin skate park, not to skate but just to hang out, and their activities put off the skaters,” said Cllr Ó Broin.

“Is it something for youth services, the council or for the guards? It is a pity that the skate park can’t be used as a skate park,” said the Clondalkin Cllr.

Chief Supt Murphy said the issue was not one that could be for gardai to handle alone.

“We can’t just put somebody down there and mind the skate park 24/7. The question was asked is it for the council, the youth services, gardai, it is all of the above,” said the Chief Supt.

“We can’t put somebody down there minding the skate board park fulltime, but maybe we can work with the youth services. When we get some recruit guards coming, we might give them a project to do down there, in around that, that would give a greater garda presence.”

Meanwhile, gardai have been looking at replicating the successful policing operation at the Grand Canal, in Corkagh Park.

Huge problems with bike thefts, intimidation and drug dealing along the canal, were tackled by Operation Thoroughfare.

Many in the Clondalkin community want to see longstanding issues with drug dealing in Corkagh, addressed by a similar blitz.

At the policing meeting, Mayor Peter Kavanagh asked if the canal operation could be extended to Corkagh Park “which has become a bit of a hotspot”.

“We are prepared to do that, and my understanding is Supt Twomey (Clondalkin) has commenced an operation in relation to it. I’ll talk to him later today and report back at the next meeting,” said Chief Supt Murphy.