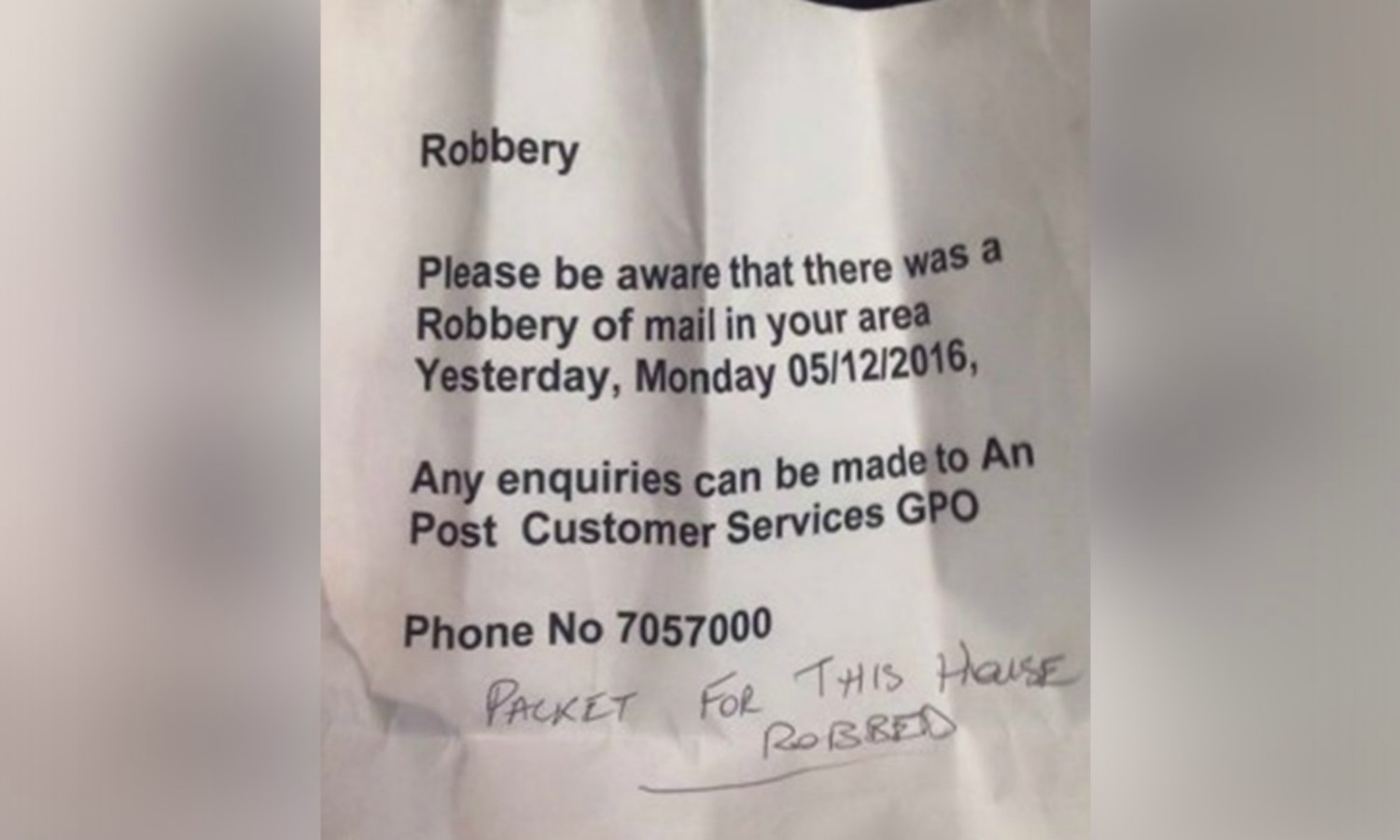 Christmas presents and letters stolen from postal van in Ballyfermot

Residents in Ballyfermot have been told by An Post that packages and letters destined for their homes this Christmas have been stolen in recent days.

In at least one confirmed incident, a postal worker was targeted, and packages were taken from his van.

(Picture used with the permission of Journal.ie)

Gardai are investigating the theft of the An Post packages, which occurred on Monday, December 5, in Ballyfermot.

A garda spokesperson told Echo.ie: “A postal worker was robbed by a man – several packages were taken from a van in the Claddagh Green area, at approximately 11.30am to 12noon.”

It is also been reported that were another two incidents similar to the one above, although Gardai would not confirm this.

Residents have this week received notice from An Post that they should contact the An Post Customer Service in the GPO if they believe items destined for their homes have been stolen.

Anyone with information is encourage to contact Ballyfermot Garda Station at 6667200.