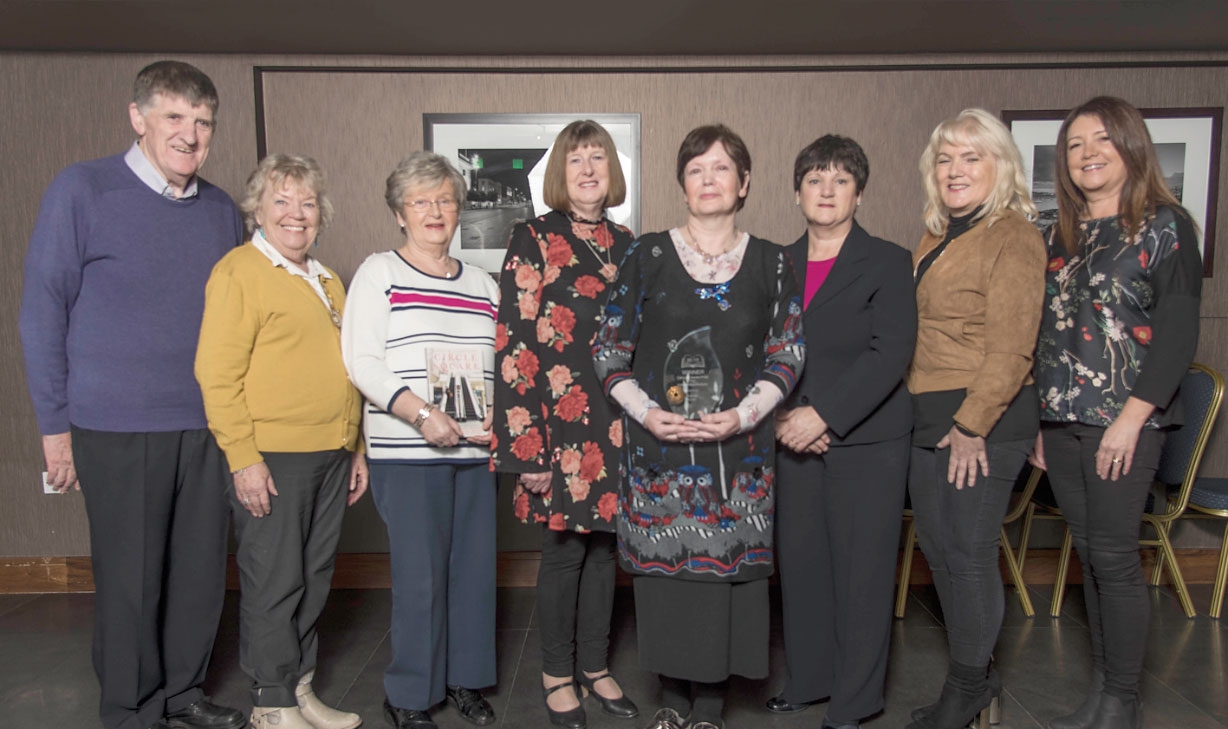 AN anthology of prose, short fiction, poetry and drama which marked the 25th Anniversary of The Square Shopping Centre won an award in the anthology category of the Carousel Aware Prize.

Award-winning writer and Old Bawn resident Eileen Casey edited and devised the anthology, called Circle and Square, which brought together the work of over 30 different writers.

The material was gathered over 15 months, featuring work from a number of guest writers including Paula Meehan, Louise Phillips and Ferdia McAnna, and the book’s cover and the photography within the book was taken by members of the Tallaght Photographic Society.

Speaking to The Echo, Ms Casey said: “The Square in Tallaght is very much at the heart of the community, and all of the stories in the book are based in a shopping centre.”

The writer added: “Everything has the potential for art, wherever people gather you’re bound to get situations of drama, because that is just human nature.

“The book is a good thing for Tallaght, and it’s a good, fitting showcase of the writers’ work.”

The anthology was initiated by Ms Casey and a local writers’ group called Platform One, and Ms Casey added that she was “delighted” when she found out that the book had won the Carousel Aware Prize for Best Anthology 2017.

Ms Casey is now encouraging budding writers to join Platform One, who she describes as a “progressive” group who run a mentoring programme where established writers mentor members of the writers’ group.

Platform One usually meet in Rua Red in Tallaght, and anyone interested in joining can contact Eileen directly by phone on 01-4524227 or by email at eileencaseyhome@eircom.net