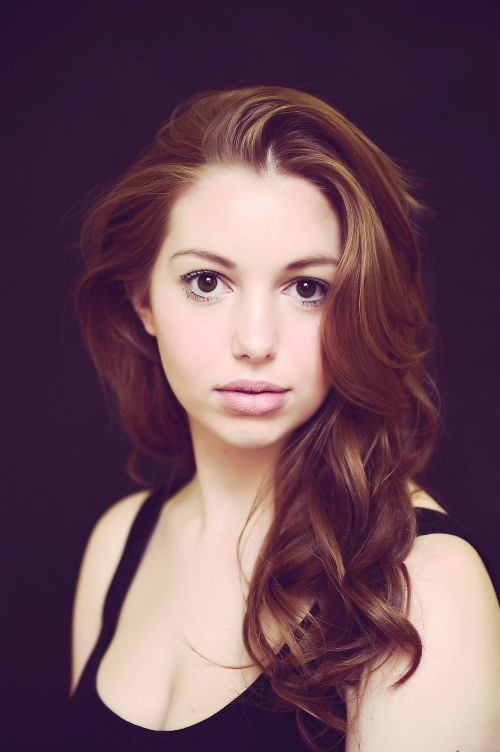 WORKING alongside top Hollywood actors John C Reilly, landing the lead for highly anticipated Irish film A Date for Mad Mary and rehearsing for an upcoming play in the Civic Theatre is testament to the talent and dedication of versatile Tallaght actor, Seána Kerslake.

Growing up in Tymon in Tallaght, Seána (24) was a student of St Paul’s primary and secondary school in Greenhills before heading to the National University of Ireland in Maynooth to study Arts.

Later this month, the talented, hard-working and down-to-earth actor is coming to the stage of the Civic Theatre, Tallaght, in a comedy drama full of twists and revelations called Hooked – for which, The Echo has two pairs of tickets up for grabs!

Despite a busy rehearsal schedule, Seána took five to speak with her local paper.

When did you start acting?

I was doing speech and drama since I was little and finished all my Royal Irish Academy grades. I also attended Talented kids drama class in Clondalkin and that’s were Nick McGinley, the casting director, came as part of his casting for Kirsten Sheridan’s film Dollhouse and it began from there.

Your latest film work is in The Lobster, which is receiving rave reviews, what is it like to be on the cast roll with stars such as Colin Farrell, Rachel Weisz and John C Reilly?

Working on The Lobster was a great experience. My scenes were mainly with John C Reilly, which was amazing. He’s a really nice guy. Everyone on set made the job easy and very enjoyable. The cast were really friendly and welcoming especially since I came in mid shoot. Unfortunately in the final edit my scenes aren’t in the film but it was a fantastic set to be a part of. The director, Yorgos, is great. I had loved his stuff before I was cast so I was delighted to be part of it.

Is there any actor which inspires you? Why?

The list would be endless if I named all the actors that inspire me. I love Gena Rowlands, her and her husband John Cassavetes have made some great movies. I think she is amazing and wears her heart on her sleeve in her performances.

When you get a break from theatre and film what type of plays or movies do you like to watch?

I love all sorts of cinema and theatre. I try go to the theatre as much as can. It’ a good incentive too if I have a friend in a show. I love watching documentaries, and TV series. I like watching films that I may not have heard of which end up being some of my favourites.

You play the lead in upcoming movie, A Date for Mad Mary – how hard does an actor have to work to land a lead role?

To land a lead role it really depends on the role and if you are suitable for the part. It’s just as hard to secure any role in a movie or play as it is to get the lead role.

Is it tough getting a break in the world of acting? Any advice for young actors trying to get noticed?

I think it is hard to get your foot in the door in the acting industry. Young people trying to get into acting should join a drama class and attend acting courses to start meeting people in the industry. Put yourself on tape and email it to casting directors. You have to also grow a thick skin to take the rejection and the feedback. Rua Red in Tallaght have a young filmmaker competition, try get your school to enter that. Build up experience and confidence.

Do you rather stage or screen?

Most of my work has been in film but I love theatre and I love watching theatre. They are technically different but they both are acting so I would like if I could continue working in both. Theatre is great because you have weeks of rehearsal to help find the piece, you don’t get that with film usually. Each take in film and each night on stage you have to find something different to make the performance new and fresh for yourself.

You’re coming to Tallaght with production Hooked, tell us a little about the play? Is it nice performing in your home town?

I love playing in the Civic Theatre as it feels familiar and that’s were a lot of my family and friends will come to see the show. The theatre has a great relaxed vibe to it.

What does the next year hold for you?

After Hooked I have a play in Theatre Upstairs called From Eden written by Tallaght actor and writer Stephen Jones. That will happen just before Christmas and next year the film A Date for Mad Mary will be released. I’m nervous but looking forward to that. Other than that next year is open to anything. That’s just the nature of the job. It’s exciting though because you don’t know what you could be doing.

Directed by Don Wycherley and also starring The Snapper’s Tine Kellegher, Hooked is showing at the Civic Theatre from September 29 to October 3. Tickets cost €18 and €14 with concession. Visit www.civictheatre.ie or call the box office on 4627477 for more.