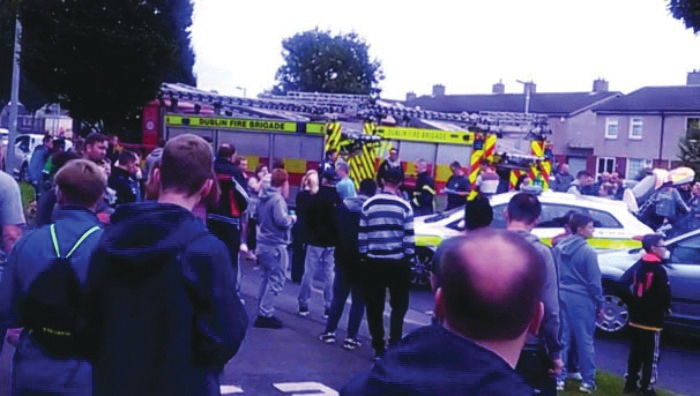 A FATHER is recovering in hospital this week after suffering serious injuries whilst riding a quad bike in Clondalkin.

The accident occurred on the Neilstown Road, just past Finches Pub, in the direction of Liffey Valley at approximately 3pm on Saturday.

Gardaí confirmed two quad bikes were involved in the accident.

Several emergency service units were at the scene for some time, along with gardaí from Ronanstown.

News of the incident shocked the community, with many residents expressing concern for the local man, who is a married father with young children.

Just days prior to the accident, People Before Profit Cllr Gino Kenny announced formative plans to establish a dedicated motorcross and scrambler track in Clondalkin.

Cllr Kenny says quad bikes are extremely popular in Clondalkin for adults and kids, and feels a track similar to an existing one in Blanchardstown, could benefit the entire community.

“People mightn’t necessarily want to use their bikes in a confined space, but the track in Blanchardstown has helped to address the issue,” said Cllr Kenny, who hopes to lobby the council once quad and motorcross enthusiasts are on board.

“It’s a bit like the Clondalkin Equine Club – if you get good people involved it will work really well,” said Cllr Kenny.