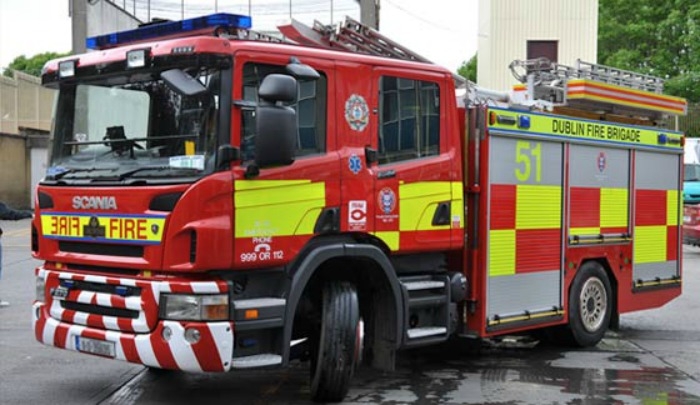 TALLAGHT firefighters came to the speedy rescue of a newly born baby boy and his mother last weekend when they responded to an unexpected birth in an apartment block near Tallaght Hospital.

When a fire truck and ambulance from the local station arrived at the scene they were met by the new mother and her minute-old baby boy, who was in difficulty and had a low pulse rate and laboured breathing.

John Walshe, from Tallaght Fire Station’s B Watch, told Echo.ie: “We had heard on dispatch from the station that the baby had just been born so we only had a matter of minutes to get to the home.

“When we arrived, the baby’s heartrate was low and his breathing was vary laboured, so we commenced CPR and gave him respiratory assistance.

“A couple of minutes later, the baby cried.”

The emergency crew, which had five firefighters, who are all trained as paramedics, and an advanced paramedic at the scene, contacted Tallaght Hospital and had a team of doctors on standby at the nearby hospital for their arrival.

“Instead of bringing mam and baby straight to the Coombe we felt that the new born needed immediate intervention by a team of doctors”, John said.

“When we arrived at Tallaght Hospital, a team was waiting for us.

“In the end, everything was good with the little baby, so he and his mam were later transferred to the Coombe.”

He added: “Having a baby is one of the most joyous occasions for a person and when we can assist and follow through with our protocol it’s great all round for everyone.

“Knowing that the baby is ok makes it all worthwhile.”