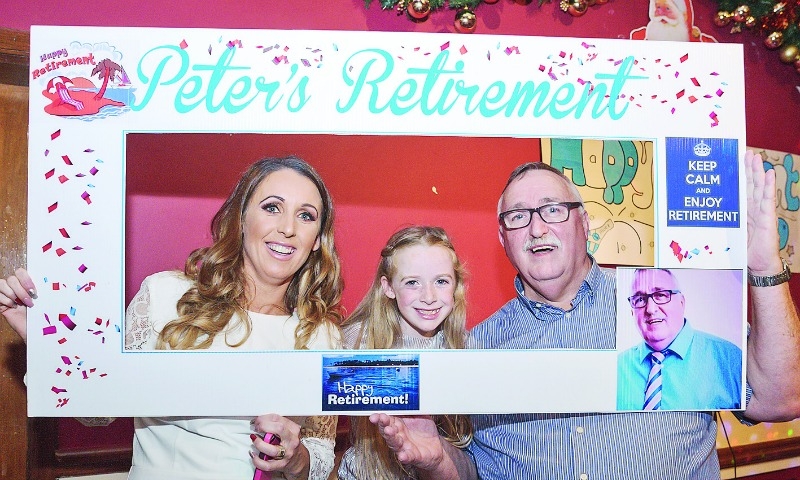 Clondalkin Grandfather aims to continue his good work after retiring

WORKING as a night porter for close to 50 years in mental health services has left a positive mark on Clondalkin grandfather Peter Murphy.

Mr Murphy (66), retired on December 1 from the job, having started his career in Cherry Orchard Hospital, along the way, taking in stints at St Loman’s, Palmerstown, Tallaght Hospital, and Lionsville, Chapelizod.

He took pride in an ability to reassure patients and family members during his time as a night porter, and is keen to keep on helping post-retirement, by volunteering with a mental health carers group.

“When St Loman’s partially closed, they transferred some of the services to Tallaght and Chapelizod, and they thought it was better to keep us than to have security,” said Peter.

“Where I was from, I knew a lot of the patients and families, and it was good to be able to reassure them. I had some good times with banter – they made it enjoyable for me to go to work.”

Through his experience in the system, Peter feels more could be done to help mental health in the country, and blasted health cuts by successive governments.

He continued: “We are not knowledgeable enough. We should go to schools and raise awareness through education. There have always been mental health issues – it’s just been highlighted a bit more now.

“Hospital closures have seen more out-patients, more psychiatric nurses calling out to houses, and a lack of nursing in hospitals.”

In 2000, Peter travelled to Wales and successfully donated a kidney in a transplant operation for sister Mary Antoinette Gray.
“Up until she died of cancer two years ago, she was a real character,” said Peter fondly.

After going-away celebrations in Tallaght and Chapelizod, and a retirement party in the Busmans Club in Clondalkin on Friday night, Peter admits he was “a bit emotional when I got home.”

However, he won’t have much time to reflect, as he departs on a family holiday with his wife Jean, three daughters, a son, their partners, and ten grand-children on a once-in-a-lifetime trip to Florida for Christmas.

In the New Year he hopes to see his beloved Chelsea FC play, and spend some time with another daughter who lives in Turkey, before continuing his work and support for local mental health services.