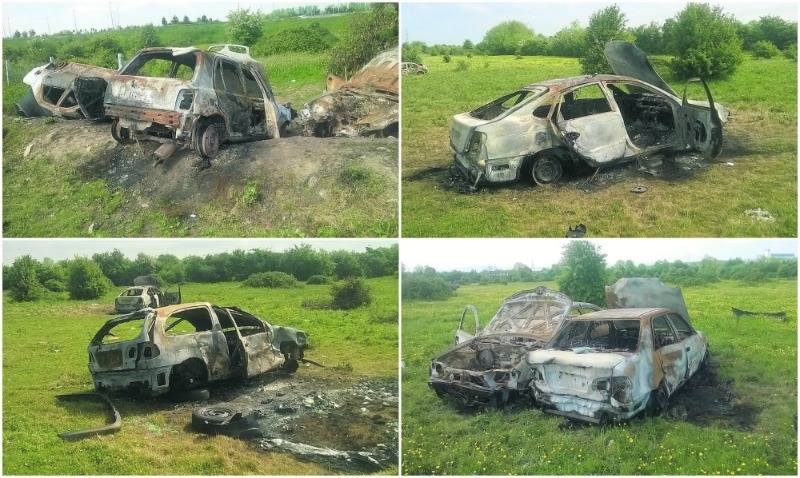 Clondalkin land being used as dumping ground for burnt-out cars

LAND in an area of Clondalkin designated for a major development has become a joyriding hive – with over 20 burnt-out cars discovered at the site last week.

Sinn Féin councillor Mark Ward says he has “received numerous calls from residents” that joyriders are accessing the land and burning out cars.

“These cars are being driven until they are unable to do so, and are subsequently burnt out,” said Cllr Ward.

“There are over 20 cars burnt out in this area alone. This behaviour is unacceptable.”

Senior gardai acknowledge the prevalence of cheap bangers online has led to an increase in seizures on Clondalkin and Ballyfermot roads within the last year.

However, Cllr Ward is calling on gardai to investigate if the burnt-out cars were stolen and, if they are not, to “trace the last known owner of these cars”.

Cllr Ward continued: “More needs to be done to stop unscrupulous car owners selling unroadworthy cars that fail the NCT to young people for as little as €50.

“If the law is not strong enough to prosecute those selling such cars, than legislation needs to be changed. The Minister of Justice needs to act on this. Over 20 burnt-out cars in her constituency area is not good enough. The people of Clondalkin demand action.”

Cllr Ward has called on SDCC to take measures to stop the cars entering this space, but recognises the difficulty involved in securing the site as the area is a “mix of council and private land.”

He continued: “The Clonburris SDZ is in the pipeline since 2006. Minister Coveney needs to put all his talk into action and deliver on his promise of providing homes. Vacant land like this will attract anti-social behaviour.”

Speaking to the Echo this week, Director of Environment Water and Climate Change at SDCC, Teresa Walsh said the council is aware of the burnt out cars on the land and a process of serving notices to those responsible for the land is now underway.

Sha said: “As advised South Dublin County Council is aware of a large number of burnt out cars.

“The lands in question are in private ownership and following investigation through the Property Registration Authority Ireland, the Council is in the process of serving Notices on the landowners to request that the vehicles be removed (under Section 6 of the Litter Pollution Act 1997).

“The Council is examining the boundary and access issues in relation to publically owned land in the area.”