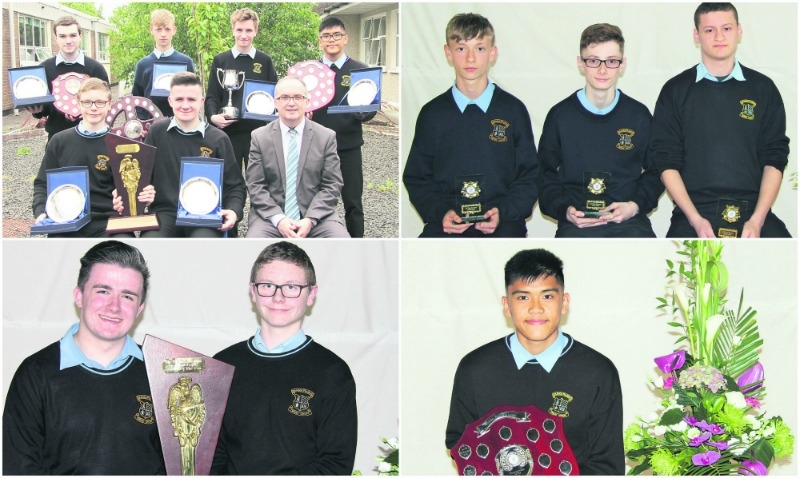 The hall was packed with over 600 in attendance as parents, family, friends, students, staff and special guests gathered together to celebrate a whole host of award winners at the biggest and most important event in the school calendar.

Past pupil Johnny McCaffrey was the special guest speaker on the night and he spoke to the students about his own journey through Coláiste Phádraig and his magnificent career with the Dublin Hurlers and Lucan Sarsfields.

Johnny also gave the students lots of very good advice on committing to your goals and putting in the hard work to attain those goals, whether they be academic or sporting.

Student of the Year awards from each class were also given out, while there were a large number of personal improvement and diligence merit awards presented to students who have taken massive steps forward in their personal development over the past year.

Player of the Year awards from the various sports were also presented, while other awards recognised achievements by students outside of school, with many having represented Dublin and Ireland in different sports such as karate, chess, hurling, soccer, football and kickboxing.

Reece McCormack won the coveted Sports Star of the Year Award in recognition of his outstanding displays for the 1st year soccer team as well as his excellent cross country runs throughout the season. Reece won a total of 8 awards on the night for his academic and sporting endeavours.

Nathan Clarke, Jordan Whelan, Ryan Moore, Elviz Uzomo and Eibhin Kavanagh all won coveted From Each, His Best awards for their various year groups in recognition of giving of their best at all times in every aspect of school life. 6th year Eibhin also won the overall award so a special ‘well done’ to him.

John Regan won the Padraic Naughton Award for his fantastic contribution to school life. This award is named after the 1st lay principal of Coláiste Phádraig (1989-2002).

Padraic did the vast majority of the groundwork in laying the foundations for the wonderful new school building and facilities that the students now enjoy, so the award recognises someone who does a lot for the school in their time here.

The main award of the night, The Tommy Brennan Student of the Year, was shared by two 6th years, Cian Brophy and Aaron Byrne, so well done to both. The two students have greatly impressed their teachers with their maturity, co-operation, good manners, leadership, initiative and diligence throughout their time in Coláiste Phádraig.