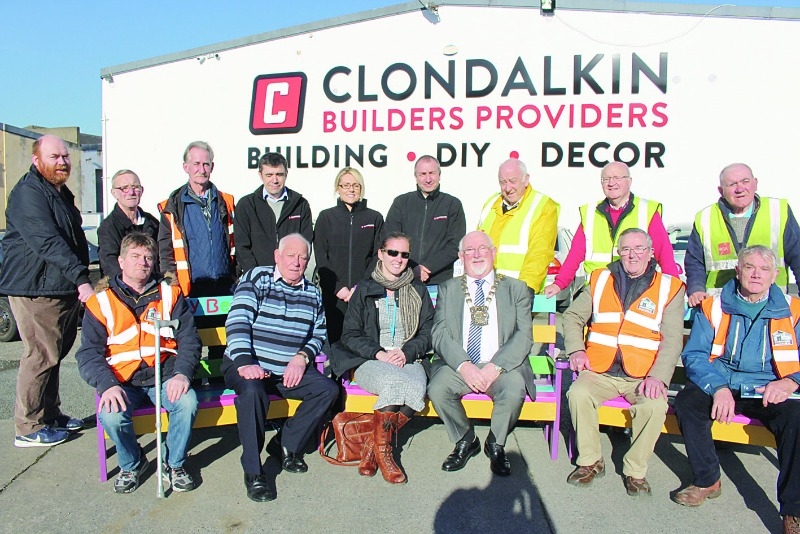 AN INITIATIVE between parents, a local mens shed and a builders provider, will see all schools in Clondalkin presented with a buddy bench.

Parents started up the Clondalkin Buddy Bench committee to bring about the initiative.

The plan was started by a young girl who honoured the memory of her late father, by bringing a Tree of Hope to the parish of Sruleen.

Plans moved along locally amongst parents to such an extent that Clondalkin Mens Shed have secured a contract to build buddy benches for 19 schools in Clondalkin.

Clondalkin Builders Providers joined the initiative, offering to supply the mens shed with timber and paint for the project.

Ms Corcoran said the committee are meeting up during the week to ascertain what each school requires.

“There are a lot of schools in Clondalkin, even in the village alone,” said Caroline.

“A group of local parents started the committee. The benches provide friendship and promote good mental health. We had a fundraiser in October, donated the money to the mens shed, and Clondalkin Builders Providers offered to be a sponsor.”

Frank Cousins, Clondalkin Mens Shed, said the group are hopeful of securing a new premises in order to complete the buddy bench project and build on their success.

“It’s a big project, we have made four benches, and a couple of creches have got in touch to express their interest,” said Frank.