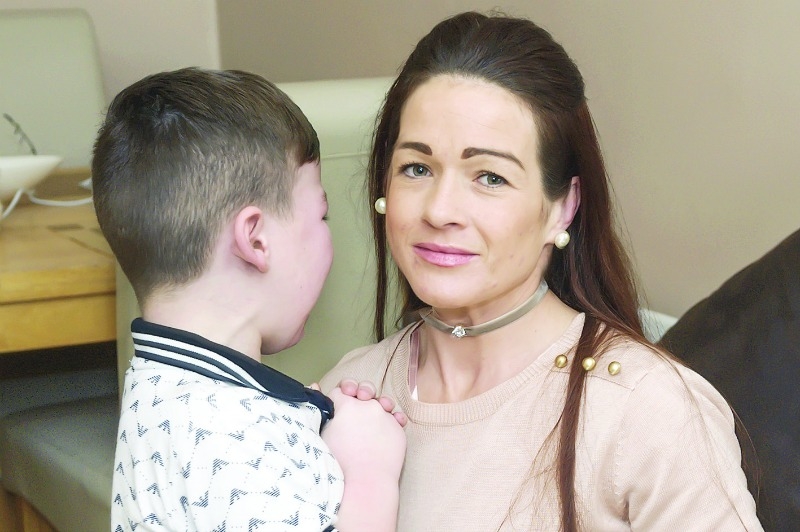 A MOTHER has blasted the lack of sensory and emotion support for her five-year-old child, who was expelled from school for behavioural issues.

The youngster was expelled from St Bernadette’s JNS in Quarryvale six weeks ago.

Michelle, from Greenfort, has tried unsuccessfully to get Jason enrolled in two other local schools and fears he is missing out on vital supports and development.

“They are still running tests, but won’t know the full extent (of Jason’s condition) until the assessment,” said Michelle.

“Jason started his assessment in 2015, but nobody is getting back to me, except to say the person dealing with it is on maternity leave.

“We think it’s sensory issues. The school (Bernadette’s) has a SNA, but couldn’t manage him or help him.”

Assessments are required to get children diagnosed, before they can access health and educational supports.

Waiting times are so bad at Cherry Orchard Hospital, that parents have been getting letters from staff in CAHMS, directing them to complain to the HSE.

It is not the first time that parents in Clondalkin have raised awareness at the lack of sensory supports for kids in the area.

Last year, The Echo reported how another Greenfort resident Lisa Coleman established Clondalkin Autism Mammies group after facing a brick wall to get support for her son Mason (9), who has Autism Spectrum Disorder.

Lisa said curve balls are thrown at parents to kick assessment and diagnosis “down the line” and they are left to “fight their own corner.”

Sinn Féin councillor Mark Ward passed a motion last November, seeking the elimination of waiting lists for children with ASD, but no response has been forthcoming from Health Minister Simon Harris.

“The next step for the motion is to put in a parliamentary question to the minister to ask him if he is aware of the situation. It’s very frustrating for parents. The resources should be there.”

St Bernadette’s told The Echo they do not discuss individual pupils with anyone except their parents and the relevant authorities.

Meanwhile Michelle is working with a social worker to try and get a private assessment for Jason.

“He sees his little sister Darcy (3) going to pre-school in Bernadette’s and wonders what is going on,” said Michelle.

“This is affecting him and the whole family. CAHMS tell me there is a lack of staff, but it’s not good enough. What do I do.”