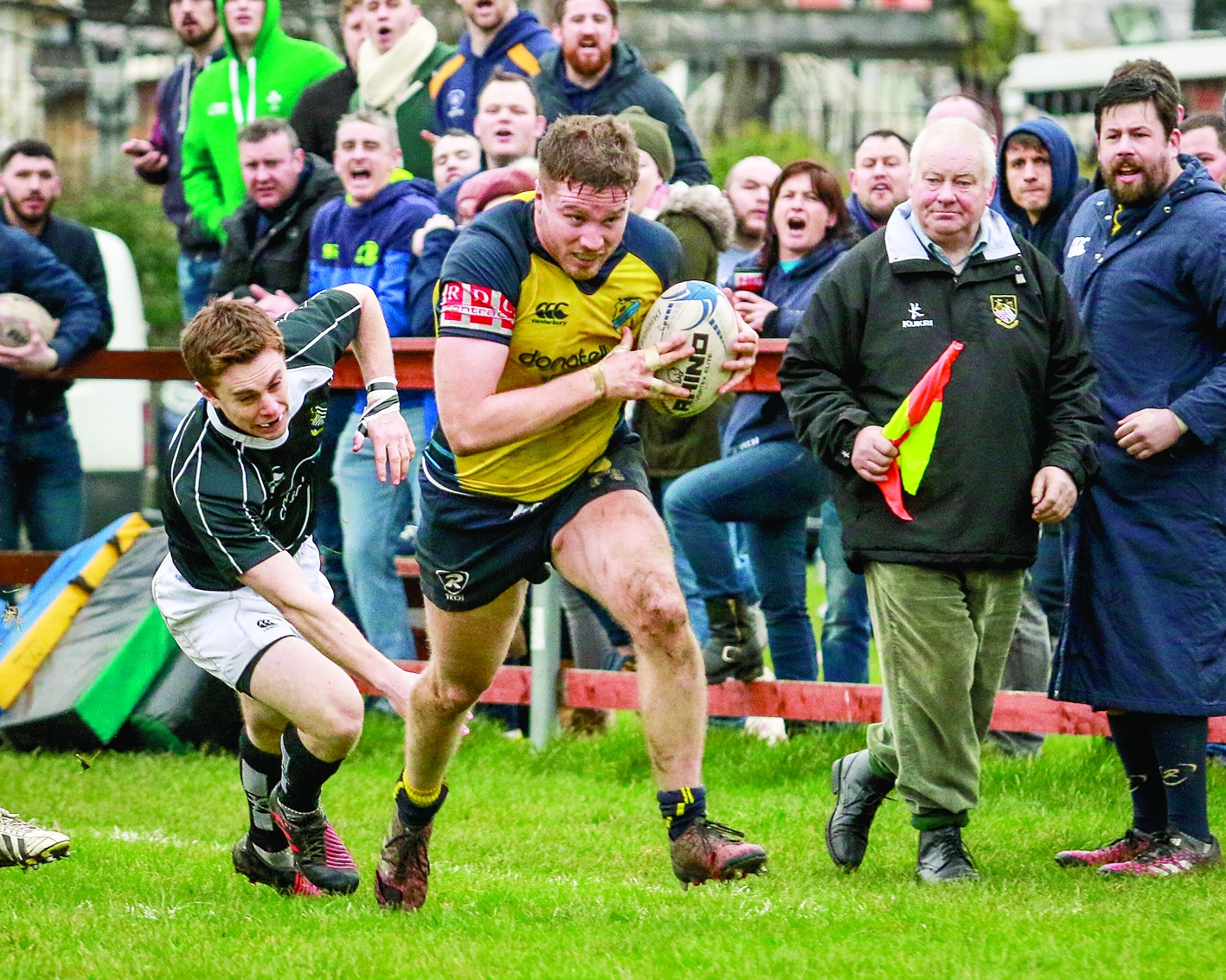 CLONDALKIN RFC served up a 34-23 point victory over a very determined Longford side to book their place in the quarter finals of the Leinster Town’s Cup in Kingswood on Sunday.

The hosts had to weather a strong surge by their opponents who, up until the closing two minutes, were just four points adrift of their hosts.

And just as they were pressing for the winning score, they were held up over the line and Clondalkin broke to score a try through centre Paddy Ryan.

Longford began the first half in the ascendancy and were putting width on the ball at every opportunity. The Division 2A leaders had to wait just 10 minutes for the cracks to appear in Clondalkin’s defence as they touched down under the posts for a converted try.

Chris Jebb was on target with a penalty kick to get the Gordon Park side on the scoreboard a quarter of an hour in, but the pressure was very much on the home team who did themselves no favours with a series of poor clearance kicks whenever they did manage to win back the ball.

Both sides traded penalties before Longford pushed out to a seven-point margin on the stroke of half-time with their second successful three pointer.

With the wind at their backs, the hosts began the second period the stronger with Jebb’s break being finished off by Neil Finlay with a try.

Jebb tagged on the extras before Finlay doubled his tally just four-minutes later, racing in unopposed down the left wing to propel Clon’ 18-13 in front.

The visitors did reduce the gap to just two points with a penalty on the 50th minute before Jebb responded with two kicks of his own to make it 24-16.

On the hour mark, a pick-and-go from a Clondalkin scrum saw the ball turned over in the homeside’s 22 and quick hands by the Longford men allowed them cross the whitewash in the right corner.

Yet the homeside’s pressure defence forced a penalty to leave four between the sides before a late try ensured further passage to the quarter finals for the third year in a row which sees them travel to Skerries.