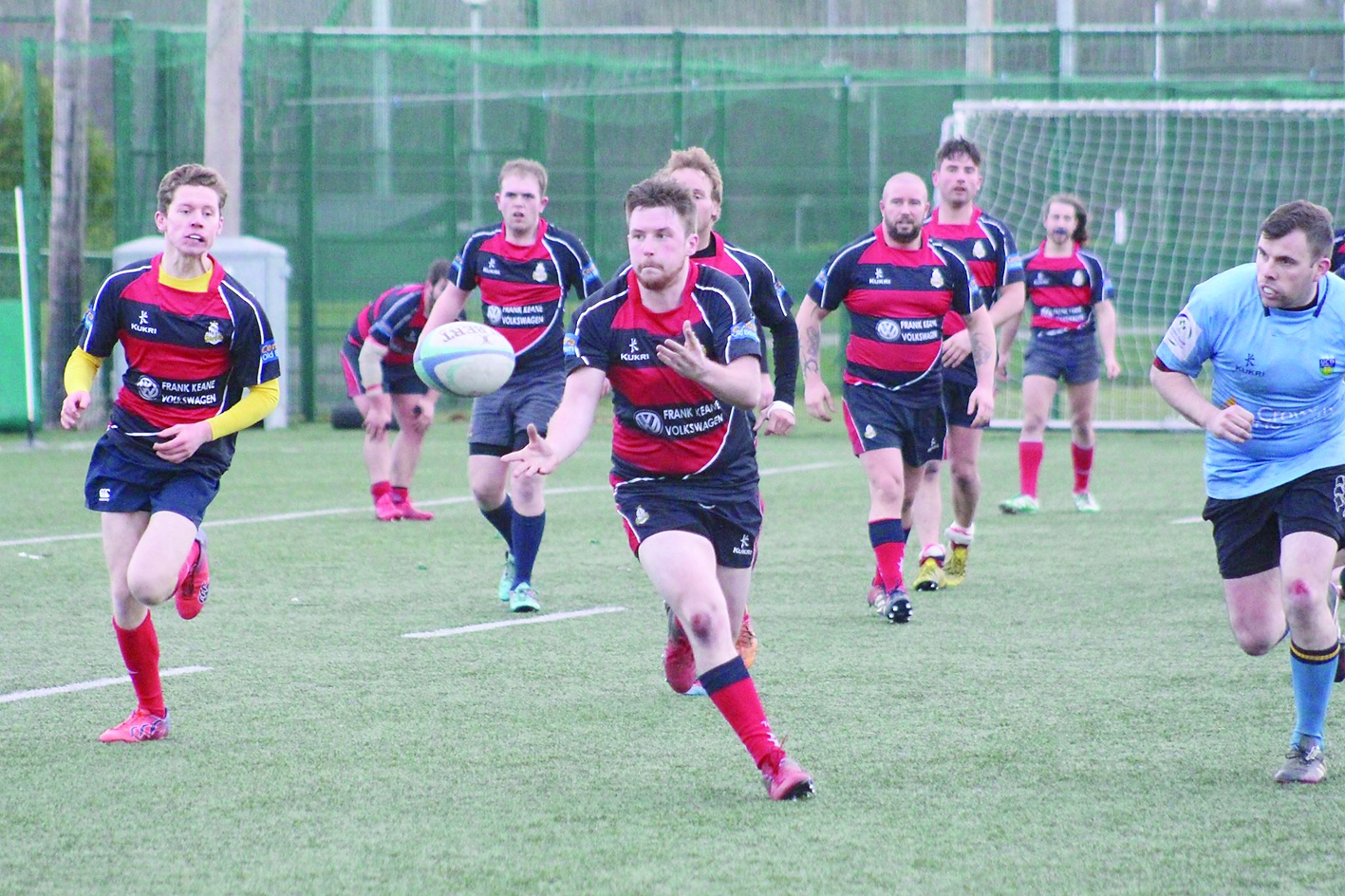 Tallaght keep the heat on leaders

TALLAGHT RFC dished out a 7-29 point defeat to third place UCD in Belfield on Saturday to keep pace with Metro League Division Seven leaders DLSP in the title race this season.

In what was an error-strewn start to the match by both sides, Tallaght conceded a lot of penalties and from one of these, UCD opted to kick to the corner five metres out.

It marked a great chance to open the scoring, but flanker Aaron Morgan first disrupted the lineout and then took off on a powerful carry that hauled Tallaght out of trouble.

This appeared to galvanise the visitors who were awarded a penalty 15 metres out from which Number Eight Jack Russell took a quick tap and almost got over the line.

But after a couple more phases, prop Andy Grace powered his way over to hand Tallaght a five-point lead after which they lost winger Karl Seagrave to injury although replacement Aaron Shanahan was more than up to the task.

Tallaght’s scrum was excellent with Tony McManus, Ken McGovern and Andy Grace giving UCD a torrid time yet their line-out was struggling for consistency again.

Tallaght’s defending off first phase was solid but they were getting exposed from broken play with UCD finding gaps around the rucks.

It was from just one of these situations that UCD scored their try, bursting through the middle and several tackles for what would be a converted touchdown.

Tallaght did register their second try shortly before half time, when Adam Nolan and Dave Clarke combined to put Ciaran Rudd away, Morgan Farrell converting.

After the half-time break, Tallaght won another penalty near the line and again opted for a quick tap from Willie Lambe who put Aaron Morgan over for his sixth try in as many games.

A hamstring injury to the referee meant that Tallaght stalwart Eugene Ryan, a schools referee, had to step in.

Frank Doyle came on in the back row and won a big turnover before making a couple of smashing tackles after which skipper Paul Cunningham made a great run and put Simon Collie away for a try that Farrell converted to make it 24-7.

And the visitors finished the game on a high with Collie making another great break before offloading to Dave Clarke who took a perfect supporting line and showed great strength to get the ball down.

“We trained well this week and we really stuck together as a team. We had some sloppy spells, but we defended our line very well and scored some quality tries,” he added.