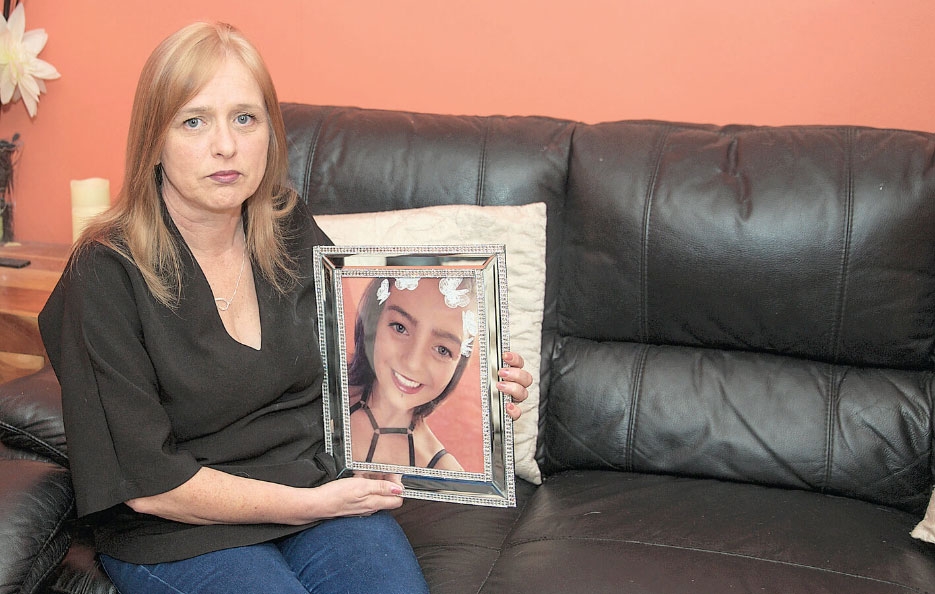 A MOTHER of a young girl who was bullied to suicide, is building a campaign to tackle cyber bullying.

Nicole ‘Coco’ Fox Fenlon (21), from Clondalkin, died by suicide in January after suffering three relentless years of bullying at the hands of a group of girls.

Jackie Fox holding a photograph of her daugher Coco

Knowing there will be no prosecutions for her only daughter’s death, Nicole’s mother Jackie Fox (48) from Old Bawn originally, started a campaign to bring in ‘Coco’s Law’, to make online bullying a crime.

Jackie protested outside the Dáil on April 24, and says she is slowly “climbing the ladder” in an effort to protect other vulnerable people.

“I’m going to the Dáil next week, Mary Lou McDonald has put a motion in, and I’ve had good support from Sinn Féin, People Before Profit and Independents,” said Jackie.

Published on Sunday night, April 29, the video exceeded 200,000 views by the Wednesday morning, and received a positive response from the general public.

“Gerard is a lovely fella, and has been up to the house. The video has done really well because this issue has hit so many people,” said Jackie.

Independent Councillor Francis Timmons has forwarded a motion at the next South Dublin County Council meeting, calling on the council to put pressure on Health Minister Simon Harris.

Cllr Timmons said: ‘I met with Jackie Fox and her family and applaud their bravery and determination. No other person should be bullied so much that they feel suicide is their only option. There must be laws to protect people against bullies.

“People that use social media to attack and bully others must face consequences for their actions.”