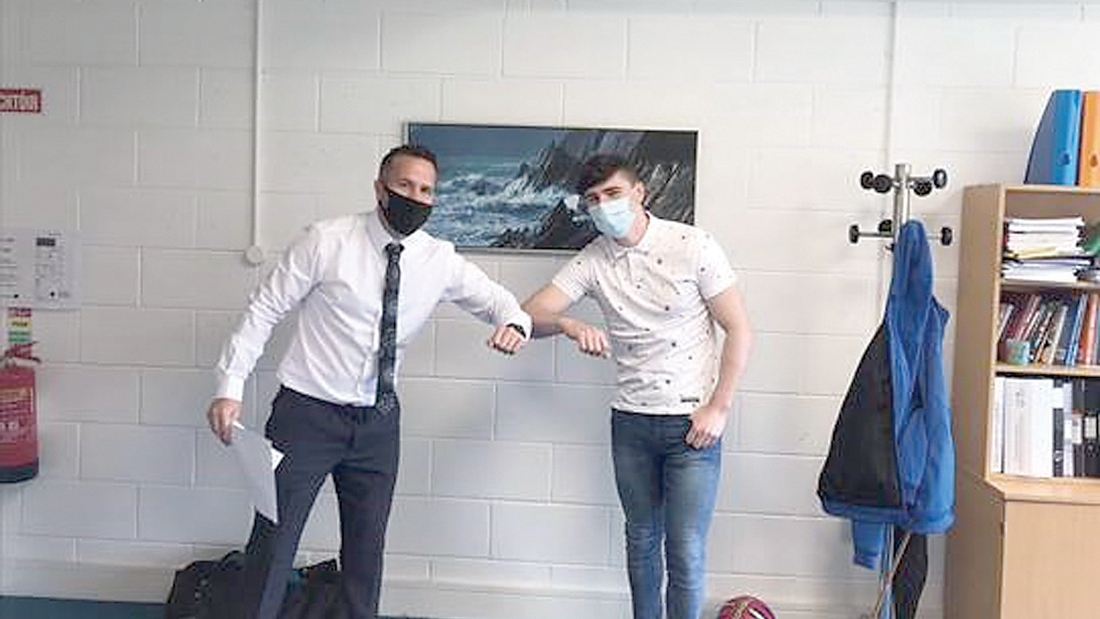 Coláiste de hÍde student Oisin is top of his class

COLÁISTE de híde graduate Oisín Ó Dubhshláine was at the top of his class on Monday, when he found out that he had achieved 625 points in his Leaving Cert – and the Aylesbury teenager is now preparing to study law in UCD.

This year’s Leaving Cert class had an exam season like no other, where their exams were replaced with calculated grades, school graduation ceremonies took place online, and the pupils received their exam results online, instead of traditionally in the school, on Monday.

Conchubhair Mac Ghloinn, principal of Coláiste de híde, said that he was delighted and thrilled with the results that his pupils received, particularly during such unprecedented times.

“It was certainly a challenging process,” Mr Mac Ghloinn told The Echo, “but I have to give praise to the teachers and to the school – we're delighted with the results.

“We missed out on the experience of the Leaving Cert students coming to the school to collect their results, and all of the nerves and elation that comes with it.

“They went onto an online portal to get their results instead, so there was very little interaction between the school and the pupils.”

Mr Mac Ghloinn said that, if possible, he’s hoping to hold a celebration in the school in the next few months for this year’s Leaving Cert class, to celebrate their achievements and congratulate them.

“When you think of the tough year they’ve had, they really achieved excellently,” he added.

When asked about what advice he has for pupils who might be disappointed with their results, Mr Mac Ghloinn said: “I would say that they should go into their school and speak to someone who can advise them on where to go from here.