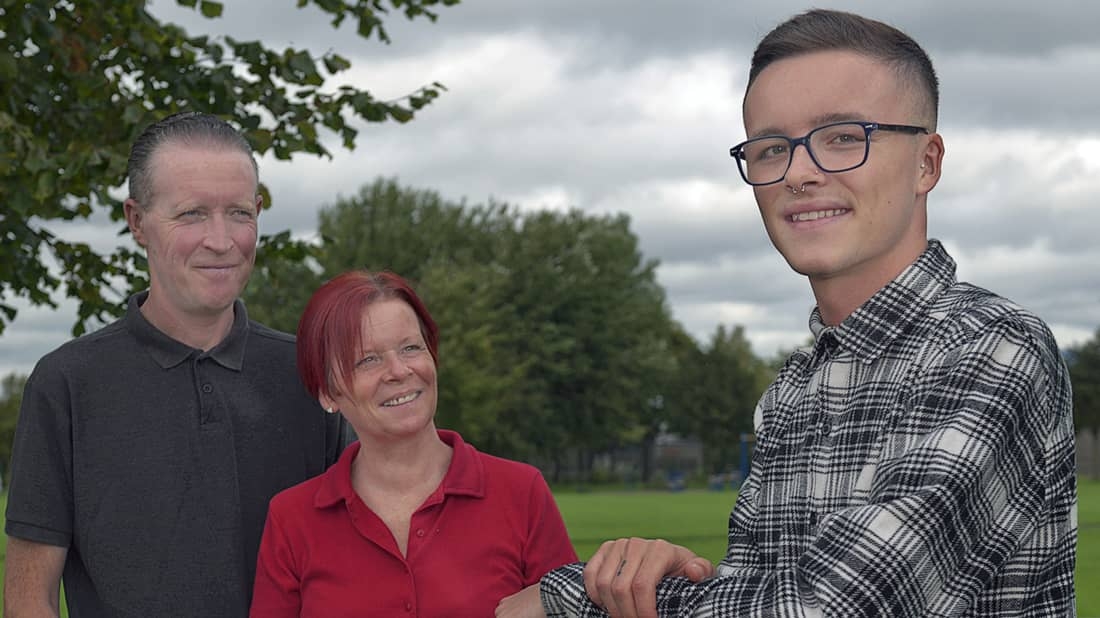 THE classes of 2020 had a most unusual end to their secondary school life, but many were happy with the calculated grades process for the Leaving Cert results on Monday.

Nationally, around 60,000 students received results with grades higher than any other year on record.

Across Higher Level papers, the proportion of H1 grades awarded is up by 3 per cent compared to last year, and at Ordinary Level, the number of O1 and O2 grades awarded has increased by 3.5 per cent.

Over at Coláiste Bríde in Clondalkin, two students got full marks (625) to lead another successful year for the secondary school.

“I’m absolutely thrilled, we had a good crew this year of students right through the gamut, I am delighted for them,” said Principal Marie -Therese Kilmartin.

“A bumper crop had over 500 points and another 30 achieved above 400. It has been hard but it has been good to see classes back after a long wait.”

There was a momentary scare for the school on Monday morning when the internet went down, but Gilmartin “phoned a friend” i.e: Niamh at Moyle Park College and was able to access the portal until the issue was resolved in a timely manner.

“It was a bit of drama, but showed the great co-operation in the community,” said Principal Gilmartin.

“All students had access at home, but we invited them in for closure. When they left in March, little did they know what they would go through. Half the school were at home working remotely on Monday to facilitate students coming in. The group picked the cherry blossom as their symbol and we had lovely artwork put up on the walls to honour the class of 2020.”

The Rossmore Drive resident was initially “devastated” when the exams were cancelled, but feels his “two years of hard work” was taken into account by teachers.

“I think it was a blessing in disguise,” said Ethan.

“A lot of the stress was taken away with the decision. I’m not sure if I could have kept up that hard work for another three months.”

Ethan targeted at least 350 points to qualify for International Business and Languages in DIT, but smashed that target, and is also the first member of his family to go to third level education.

“My Dad looked at the results online first – everyone was buzzing. I’ve two older brothers who went straight into work and a little sister, so I’m the first in the family to go to college.”

St John’s College Principal Annemarie Leonard praised Ethan’s “perfect Leaving Cert” which was the school’s first in the 25 years she has been at the boys school.

“Delighted for him and in general it has been really brilliant, over 50 per cent of our students got over 300 points which is exceptional. They were a fantastic group when they started in first year.”

Meanwhile, Kishoge Community College in Lucan saw their first ever Leaving Certificate students back to congratulate them on their results.

The class of 2020 were the first to graduate from the school, which opened to first years in 2014.

“The pay off came to the many students who worked over the last two years for the grades they wanted, with some exceptional results,” said Louise Murray, teacher and the PRO for Kishoge CC.

“Top of her class and receiving the highest possible points of 625 is Adebimpe Onikan, who is hoping to get offered a place in medicine on Friday. Other students who achieved over 500 points were Isabel Azu, Anna Maria Buda, Kathleen Draga, Akinwande Majola and Nureen Tengku Nazri.”

Year Head Lisa Nolan said: “As our first 6th Years, they were an exceptional year in every way and I loved coming into school every day to see them.”

Schools have gone above and beyond to provide as safe an environment as they possible can during the pandemic, and the big step now, will be moving forward.

“I’ve said before that the first four weeks of schools re-opening would be crucial,” said Ms Gilmartin.

“It is fantastic to see students back – everyone is trying their best. We can’t eliminate covid, all we can do is minimise risk. You have to acknowledge the huge amount of work done by the school, students and parents working together. Hopefully things will start to settle.”