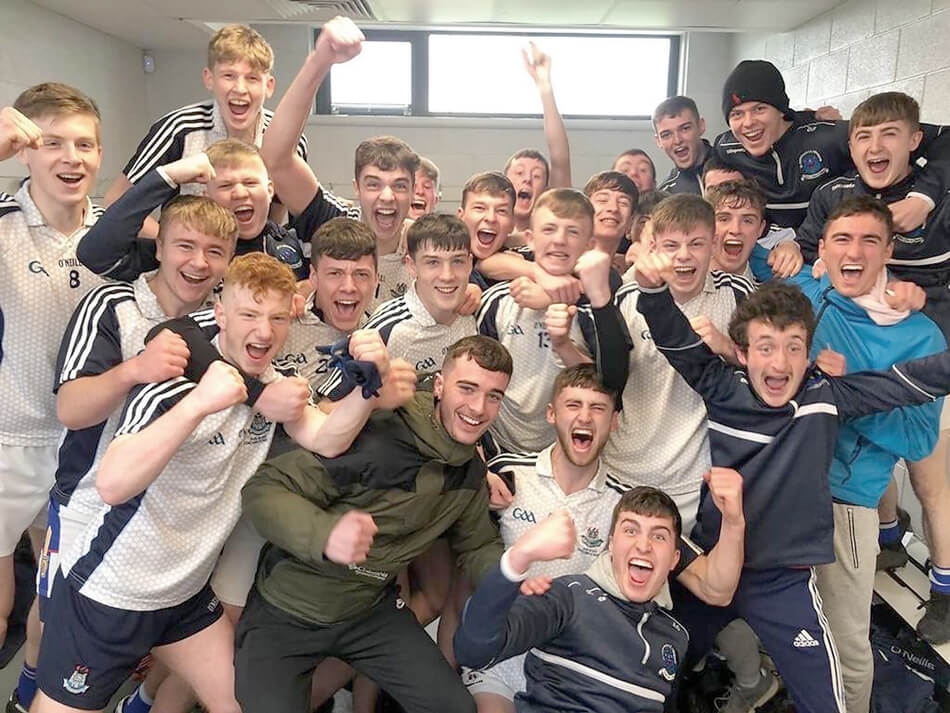 ST COLMCILLE’S Community School secured their place in the All-Ireland Senior Schools C Football Final following a nailbiting 4-9 to 3-10 triumph over Virginia College in the penultimate rounds that featured an injury-time winning goal by Conor Cullen.

While the Knocklyon side had the wind at their backs for the first half in Abbotstown on Saturday, it was Virginia who opened the scoring.

Colmcilles responded with a Rob Cullen 45 only to see their Cavan opponents deliver a barrage of two goals and one point.

The Dubliners began to work their way back when Darragh Malone was taken down inside the box and Cullen despatched the resulting penalty to the top corner of the net.

This helped bolstered Colmcille’s and Connel McGlynn also rattled the net to leave the very minimum between the teams at the halftime break, 2-4 to 2-3 to Virginia.

The Cavan side came out fighting in the second period and early scores saw them stretch their lead before Colmcille’s answered with points from Micheal McDonald, James O’Brien, Darragh Kenny and Lorcan O’Dell.

James O’Brien then found the back of the net to close the gap in the dying minutes, after which O’Dell was fouled just outside the 21-yard line.

Micheal McDonald saw the resulting free over the bar to level the match in the closing minute of regulation time and, three minutes into injury time, Darragh Kenny whipped a high ball into Cullen who slipped his marker and rattled the net to effectively secure his side a very first All-Ireland Senior Schools Final berth.

NEWER POSTCoronavirus: ‘I believe we have to use a balance of common sense and risk assessment’
OLDER POSTSt Mark’s girls surmount Mary’s in 17-goal thriller