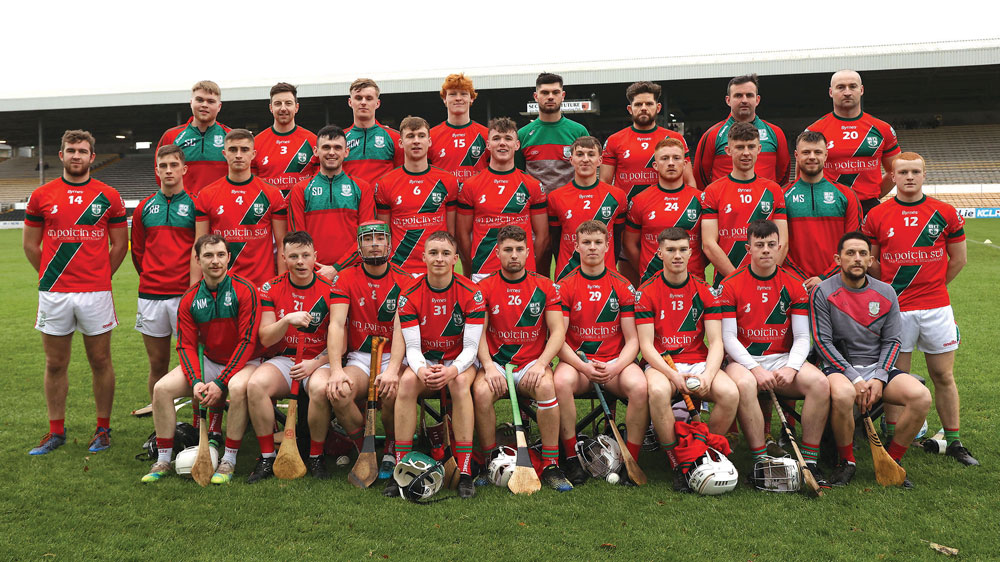 Commercials one step away from Leinster crown

ALL EYES will be focused on Wexford Park this Saturday when Commercials go head-to-head with Horeswood from Wexford in the Leinster Junior Hurling Championship decider.

The Rathcoole outfit have impressed this term and will be hoping to maintain that winning performance shown against Black and Whites from Kilkenny in the semis.

Commercials have a good blend of youth and experience in their side with veteran player Gearóid Keogh leading by example for his side.

Keogh netted a vital goal for Commercials in the semis to kick start his side while Diarmuid Ó Dúlaing is another key player scoring 1-5 including a penalty in that game.

These two players will have a key role to play for Commercials on Saturday against a strong Horeswood side who beat Louth champions St Fechin’s in their semis.

Commercials have a strong pool of players with keeper Shane Clohessy impressing between the posts while the full back line of Éanna Ó Nualláin, Ciarán Dunne and Cormac Cullinane have stood out.

Callum Morris is another player who will pose problems for Horeswood with his deliveries leading to key scores for Commercials.

Yet the Dublin champions are going to have to deliver another big performance if they are to see off the Horeswood side and they will need Ó Dúlaing and Keogh on form.

Horeswood saw off St Fechin’s from Louth 1-8 to 1-4 in the semis and have plenty of talent in their team.

St Fechin’s won the Louth Senior Hurling Championship so this makes it all the more impressive win for the Wexford champions.

Midfielder Conor Foley is key for Horeswood while Sean Nolan and Michael O’Hanlon are other players to watch out for.