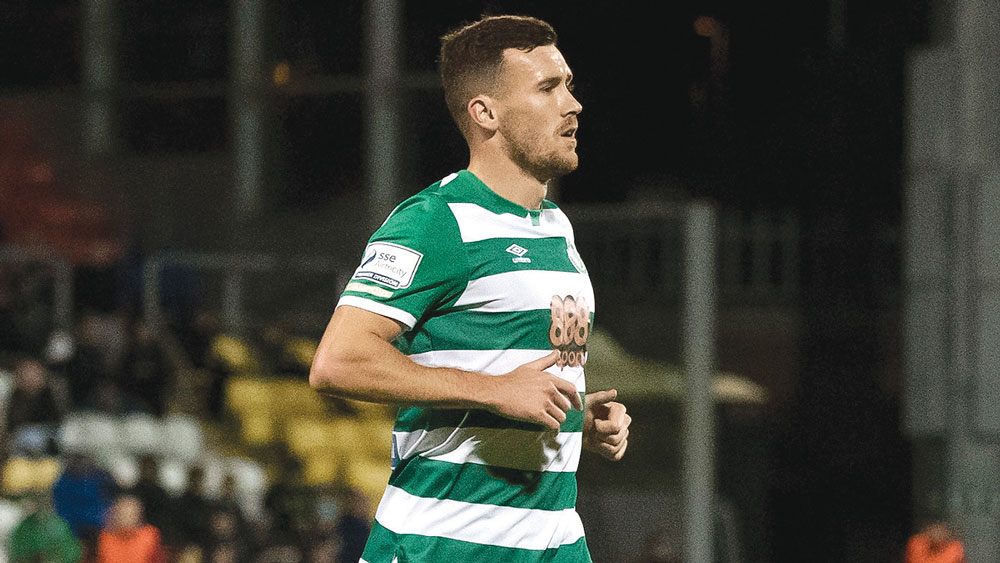 Greene on board with Rovers for next season

KILNAMANAGH native Aaron Greene will be on board for Shamrock Rovers’ quest to secure a fourth consecutive SSE Airtricity League Premier Division title after it was confirmed last week he has signed up to Stephen Bradley’s squad for the 2023 season.

Since rejoining the club in July 2018 – he had a previous spell with the Hoops in 2012 – Greene has proven himself to be a pivotal figure in the Rovers attack.

Having featured for the Tallaght men in their FAI Cup final success of 2019, he went on to play a pivotal role for the Hoops in their unbeaten march to the 2020 league title.

This was a reduced season owing to the Covid-19 pandemic, but Greene starred again as the Hoops remained on top of the ladder in the past two top-flight campaigns.

He previously won a brace of FAI Cups during a memorable stint at Sligo Rovers and has lined out for a number of clubs during his time in the League of Ireland.

After starting out at Galway United in 2009, Greene also represented Bohemians, Sligo (in two different spells), St Patrick’s Athletic, Limerick and Bray Wanderers. The rumour mill was suggesting that a return to St Pat’s was on the cards, but the 32-year-old forward remains a major part of Bradley’s plans as they aim to replicate the great Rovers team of the 1980s and make it four-in-a-row on the domestic scene.

As was the case for the past couple of campaigns, Greene is expected to challenge Rory Gaffney for a spot in the Hoops front line.

He has occasionally played alongside the PFA Ireland Player of the Year, and Greene has also spent time at left wing-back, but getting a starting place in this Rovers side is no easy task for any player. Greene will once again be joined at the Tallaght Stadium by Crumlin’s Roberto Lopes, who returned from injury to play a big part in the 2022 title run-in.

Despite having turned 40 back in May, Alan Mannus will once again don the number one jersey for Rovers next year.

The former Northern Ireland international has 10 league crowns spread evenly across the Irish Premier League and the League of Ireland, and he will provide ample experience as the Hoops look to challenge strongly on all fronts.

Lee Grace, Gary O’Neill and Sean Kavanagh have all been regular fixtures in the Rovers first-team squad over recent years and are amongst those who have re-signed for 2023.

Although he has only played six times since joining the Hoops from Harrogate Town last summer, Greystones midfielder Simon Power has extended his stay in Tallaght for another year at least.

With 76 cross-channel appearances under his belt, Power is someone who could prove to be a valuable asset for Bradley and his coaching staff.

Completing the list of nine re-signings that were announced by Rovers are the youthful duo of Darragh Nugent and Kieran Cruise.