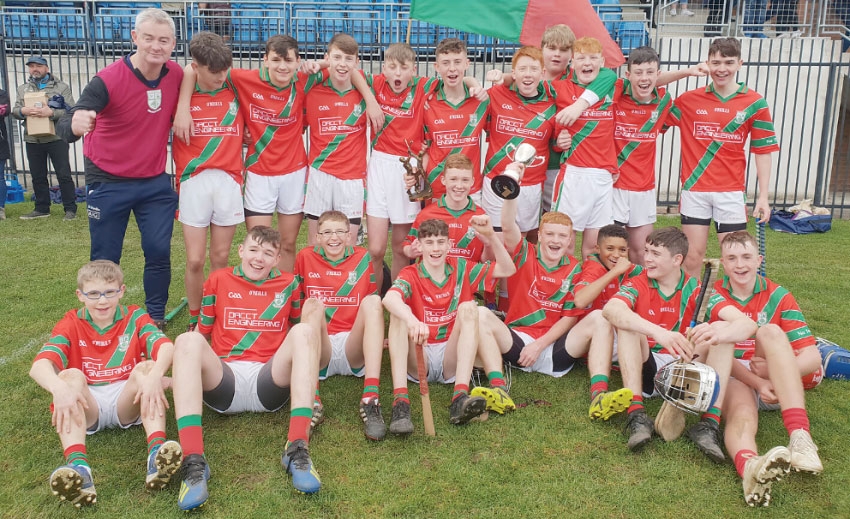 THERE was joy for Commercials in the Under 15 Hurling ‘B’ Championship Final as they beat Raheny 2-13 to 1-11 on Sunday in Peregrines GAA Club.

After a very successful run over the course of the opening championship games including victories over Fingallians, Naomh Olaf and Ballinteer, they finally got their hands on the highly-coveted silverware.

The Rathcoole side started strongly and after Cathal O’Luasa opened their account with a point, they tripled their lead when David Dungan and Jack O’Keefe fired over.

Raheny struggled to move up the gears and got their first point from play after 13 minutes, only for Harry Strumble and O’Keefe to respond down the other end.

As their Clontarf opponents continued to misfire, Commercials capitalised down the other with Diarmuid O’Dulaing blasting over a placed ball and O’Keefe registering his third.

Dungan rattled the back of the Raheny net to see his side tighten its grip on proceedings, but the game was far from over and Raheny found the back of the net and pointed to go into half-time just 1-7 to 1-5 down.

O’Dulaing continued to punish from frees, and when he found the back of the net for his side’s second the title looked very much to be heading to Collegeland.